The main parts of a program are: CommentsProgramming statementsPreprocessor Directives

Comments: Comments are not executable statements in the C program. They are ignored by the compiler. They provide useful explanations and documentation of users. /* … */ is used for a multi-line comment.The single-line comment is // . 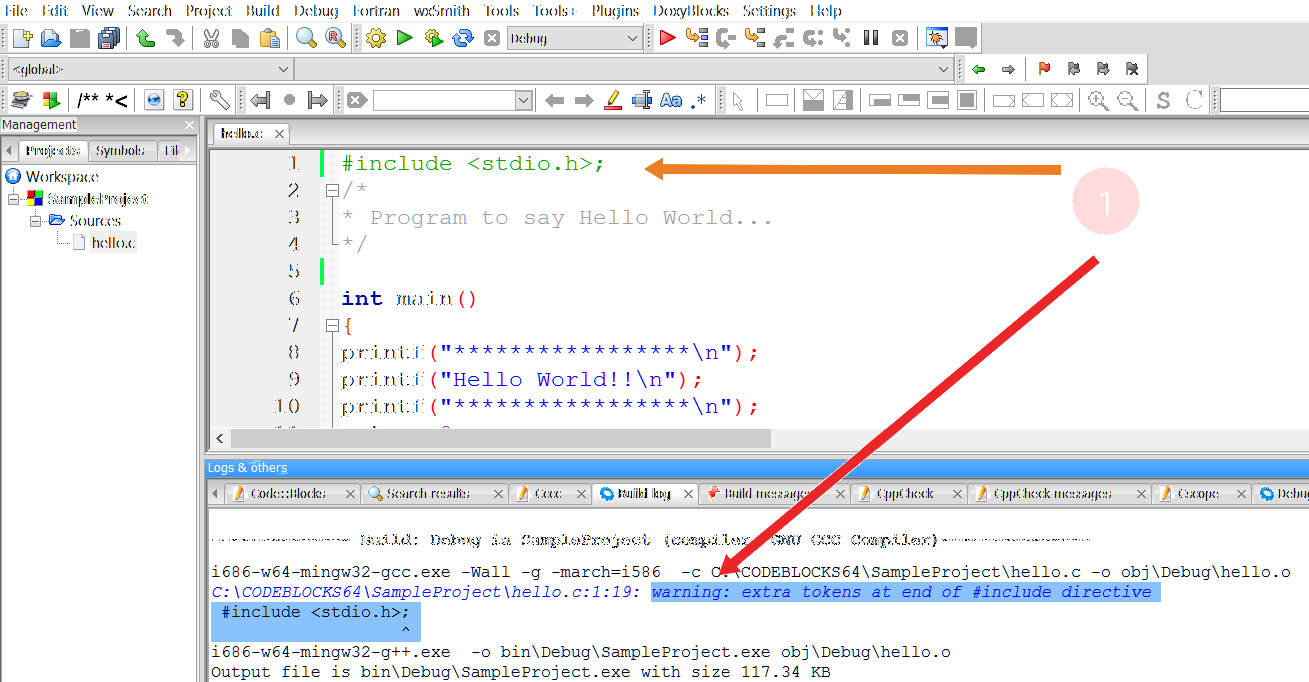 We can group multiple programming statements as a block by enclosing them by braces { }. This group of statements is treated as one single unit.

The IDE used in the tutorial is Code:: Blocks. To download and install Code Blocks follow the link:

Getting Started with the First C Program

C Program to generate Fibonacci sequence into rows and columns

‹ Getting Started with the First C Program