What are the Characteristics of the Java Language?

Java is a popular and powerful programming language. In this post, we will briefly discuss the some of the main characteristics of Java language.

Java is an object oriented language.Therefore, in Java everything is an object. The only exceptions are the primitive data types. In OOP, we deal with objects which mimic the real physical objects. Also, objects are identified by their state, behavior and identity.

Most noteworthy, characteristic of Java language is Platform Independence. Java programs are portable across multiple operating systems. Hence, java program can run on various operating systems like Windows , Linux etc without any modifications as shown below. “Write once, run anywhere” . 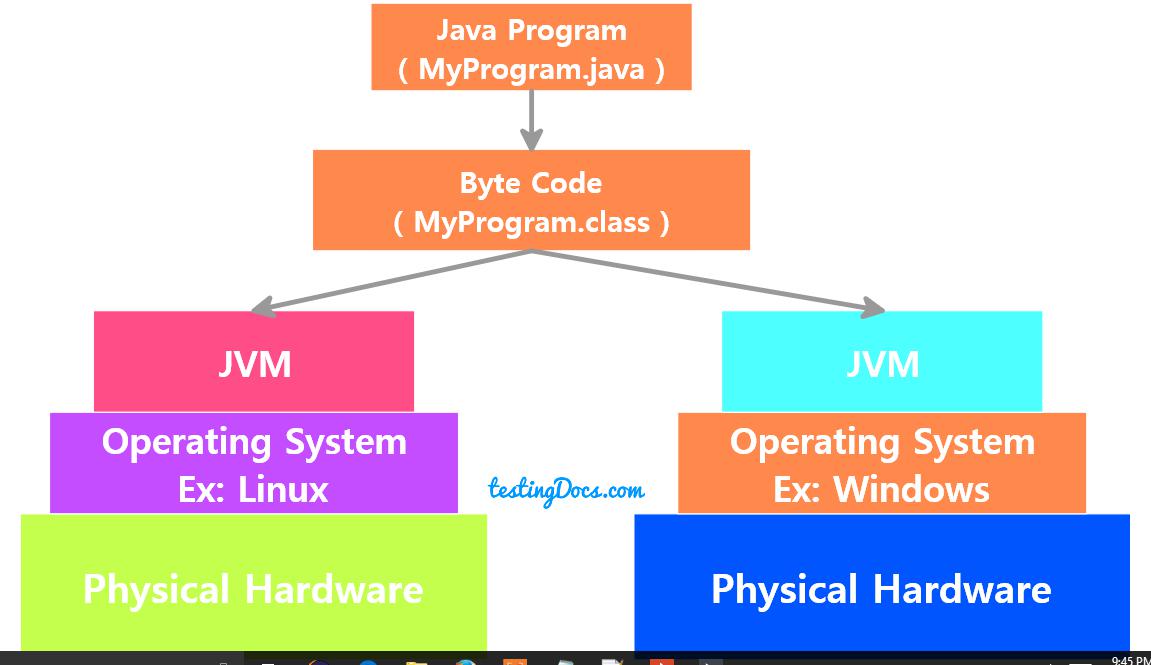 Another, important characteristic is that Java is compiled & interpreted language: Java program is first compiled into bytecode. Bytecode can run on various target platforms. The bytecode is interpreted by the JVM.

Another, interesting characteristic of Java is that, memory management is automatic. The programmer do not need to worry about the allocation and de-allocation of memory for objects. The garbage collector automatically takes care of deleting objects.

In addition, Java is strongly typed language. The types of variables in Java need to be per-defined and conversion of objects is strict. Java is multi-threaded. Multi-threading enables programs to have more than one executions paths that execute concurrently. Its easy in Java to create threads for concurrent execution.

How to manually Update new Edge Browser on Windows 10