Origin of the Name

The name is the fusion of two English words: “Flowchart” and “Algorithm”. Flowgorithm can interactively create source code for the flowchart in many supported programming languages.

The author of Flowgorithm software is: Devin Cook

The major versions of the flowchart software are as follows:

A flowchart represents a visual or graphical modeling language to represent the flow of control, execution of the algorithm, and instructions.  Introduction To Flowchart Tools

Software programs are written using a text editor or IDE ( Integrated Development Environment). Depending on the programming language, this can be easy or very difficult for a beginner. Flowgorithm is a visual programming language. It allows the programmer to visually add flowchart symbols to the flowchart and then execute them to verify the output. Flowgorithm supports many i18n languages. We can create flowcharts in the localized language. 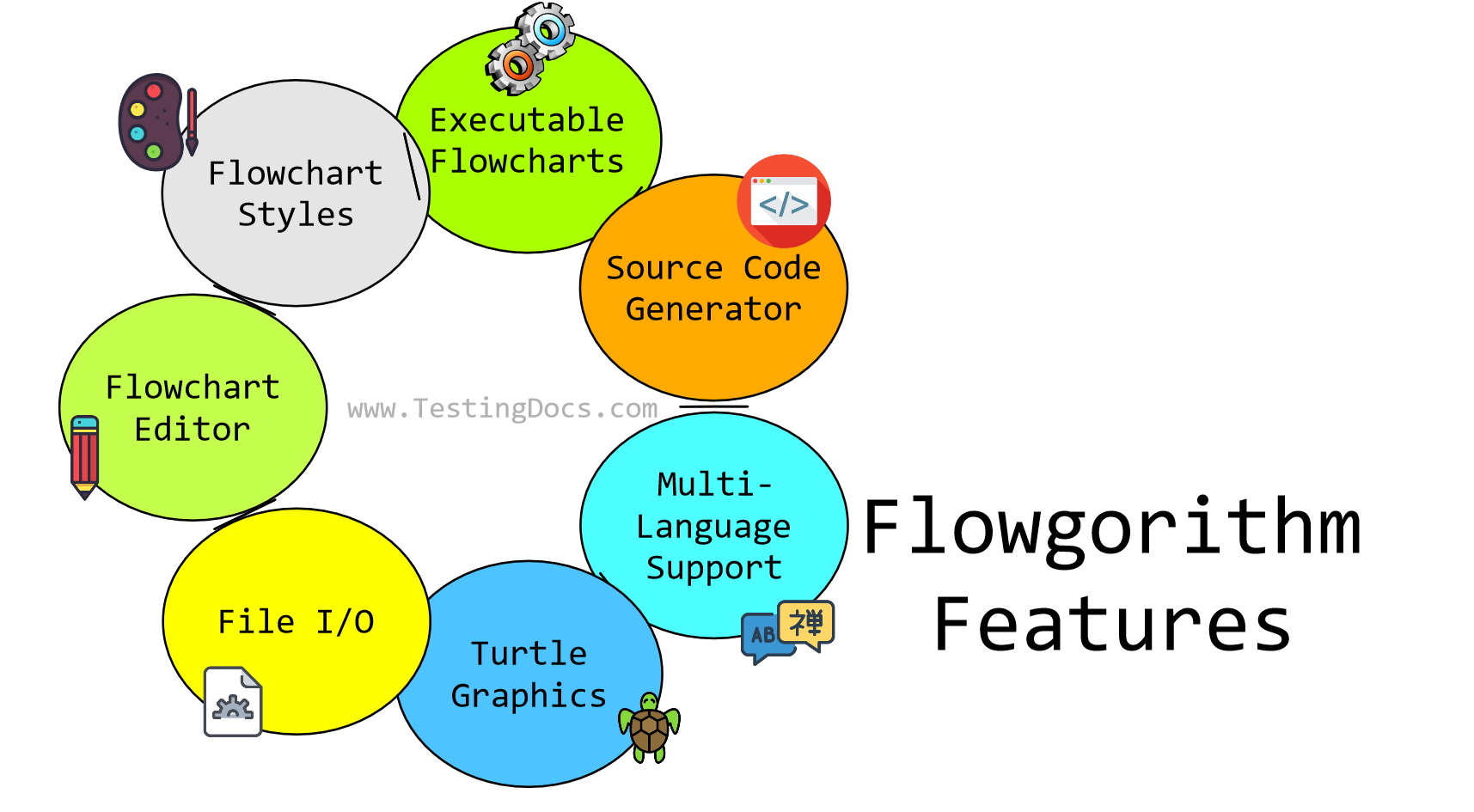 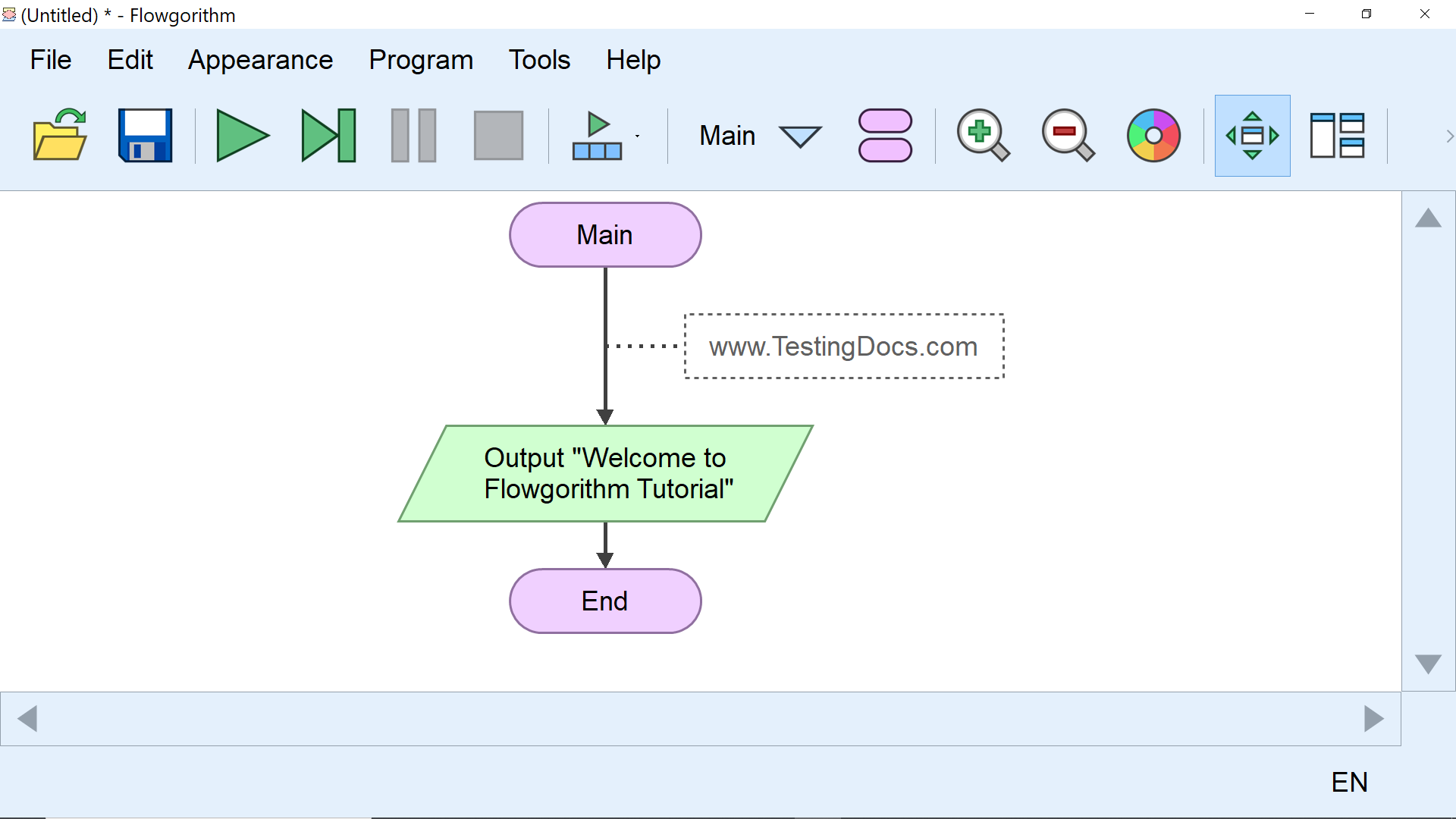 Flowgorithm Menu and the Toolbar icons:

The Flowgorithm flowchart allows us to describe an algorithm in a visual or graphic way. The operations to be performed, are represented by Flowchart symbols. These symbols are represented by conventional shapes like rectangles, rhombuses, parallelograms, diamond symbols, etc. 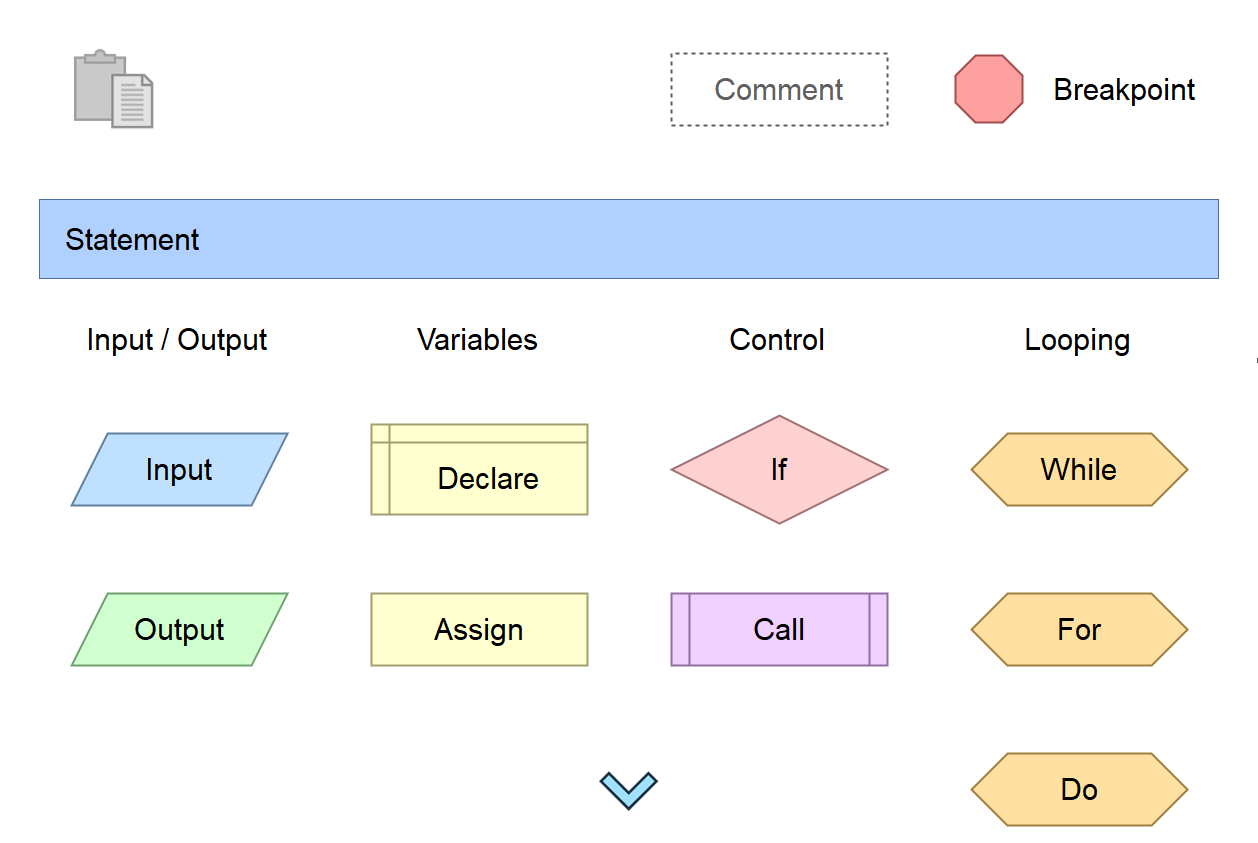 Flowgorithm uses symbols to represent the different actions that we want the program to perform. Each shape has a precise logical meaning. The shape contains a textual indication that describes the activity to be performed. The sequence in which the operations must be performed is shown with connecting arrows.

Flowchart Comments are for other programmers, students, and instructors. They allow others to understand your program and logic.

A common way to learn something new is to create a simple “Hello World” program with the programming language or tools we are learning. “Hello World” Flowgorithm flowchart prints the “Hello World” message on the output console window.

A function is a sequence of instructions designed to perform a specific well-defined task. Tasks that need to be repeated over and over again can be designed as functions. Flowgorithm functions can be broadly divided into two groups:

The Call statement allows the programmer to invoke functions.

The programmer can pass information to the functions using the parameters.

Flowgorithm supports recursion. A recursive function is a function that calls itself.

We can run programs directly in Flowgorithm. Alternatively, Flowgorithm can also convert the flowchart into many high-level popular language source codes. These include: 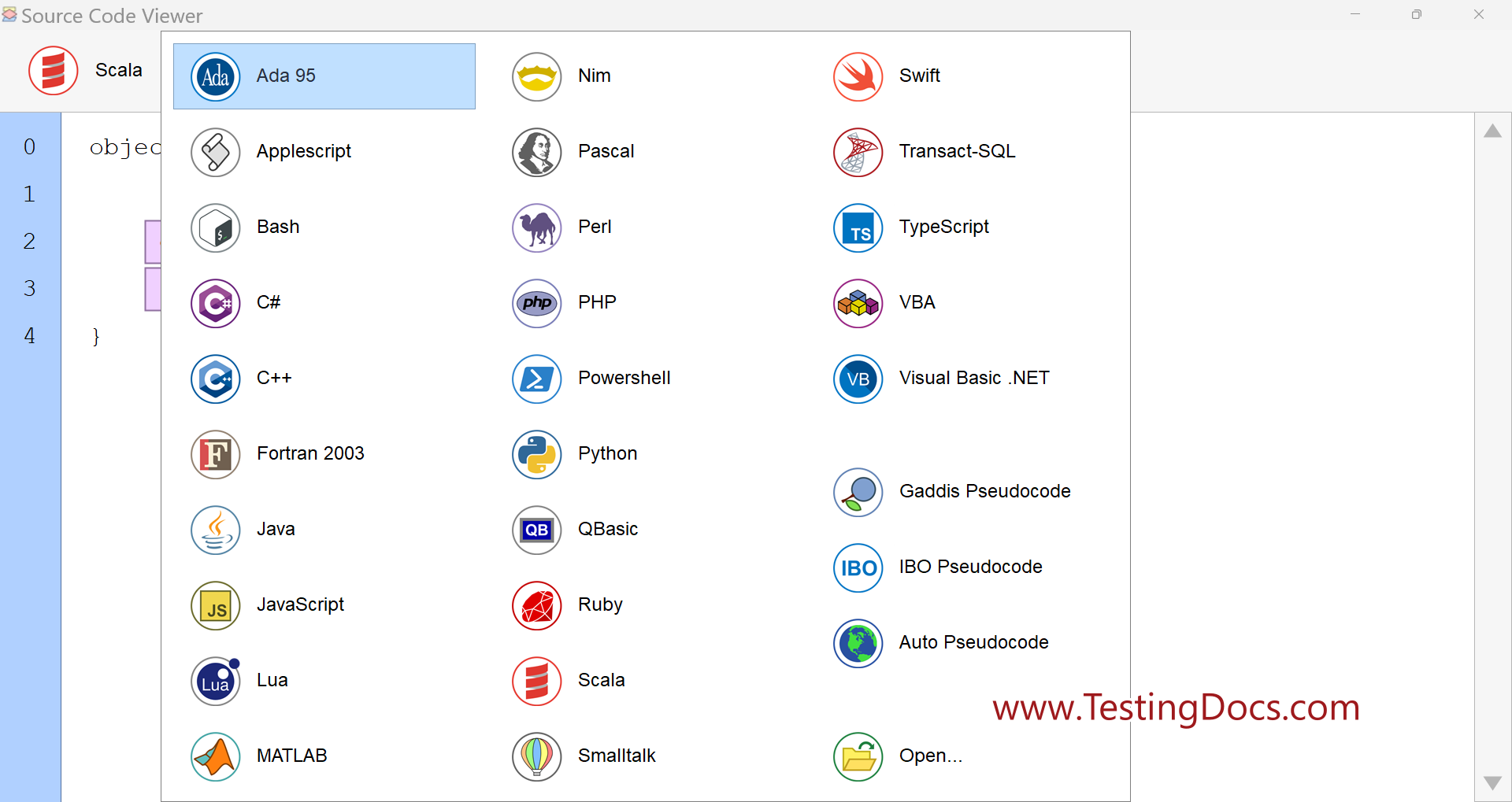 An array is a data structure that contains a collection of items. The items should be of the same data type, like an Integer, String, etc. Using Arrays we can store, search, sort, or retrieve data easily.

Flowgorithm 3.0 introduces file capabilities like reading and writing text files from the flowchart.

We can export the Floworithm flowchart to an image file. Flowgorithm supports export to PNG(Portable Network Graphics) and SVG(Scalable Vector Graphics) image files.

The latest version is Flowgorithm 3.0. To update the flowchart tool from an older version:

For more information on the tool visit the official website::