This page contains links to Flowchart tutorials and information on flowchart tools.

What is a Flowchart?

First things first, A flowchart is a graphical representation of an algorithm. It represents a graphic modelling language to represent the flow of control and execution of algorithms, procedures, etc.

Flowchart allows you to describe in a graphic way the sequence of steps and instructions in which they must be performed. Everything in a flowchart is represented by a geometric figure.

What is an Algorithm?

When designing an algorithm we need to consider the architecture of the computer. Computer architectures can be sequential or parallel.

An algorithm can be analyzed mostly on two factors:

Time and mission critical systems need faster output. These systems make use of parallel algorithms. A parallel algorithm can execute several steps concurrently on different processors and then combine all the individual results to produce the final output.

Algorithm to find the greater number between two numbers

The flowchart symbols represent the flowchart statements or steps. Everything in a flowchart is represented by a geometric figure. They are shown with various kinds of figures like parallelogram, diamonds, circle, etc. They are connected with arrow headed flow lines to show the program control.

Flowchart to find the greater number between the two given numbers A and B. 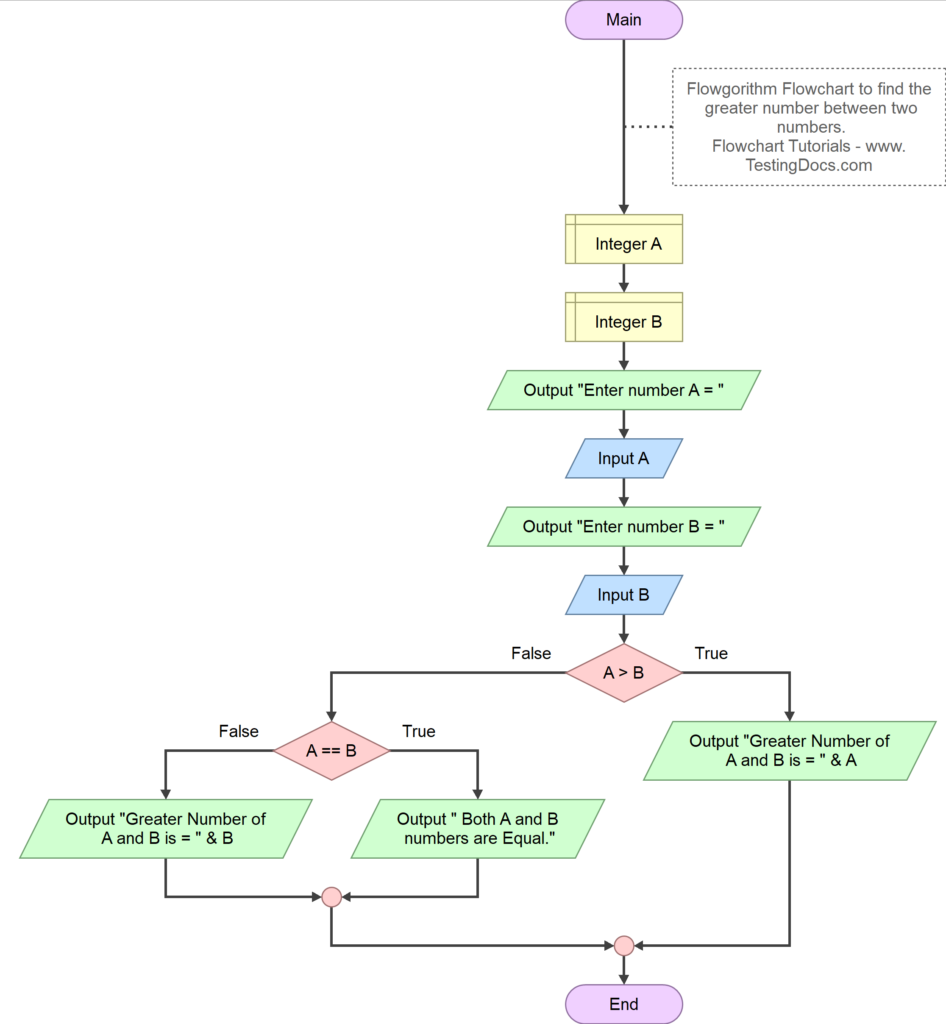 Most Flowcharts on this website use the below free flowchart software tools.