In this tutorial, we will learn about Computer programming languages and their classifications. Humans speak and communicate using a natural language such as English, Russian, French, German, Spanish, Japanese, Hindi, Chinese, Tamil, etc. Natural language is referred to as Human Language. 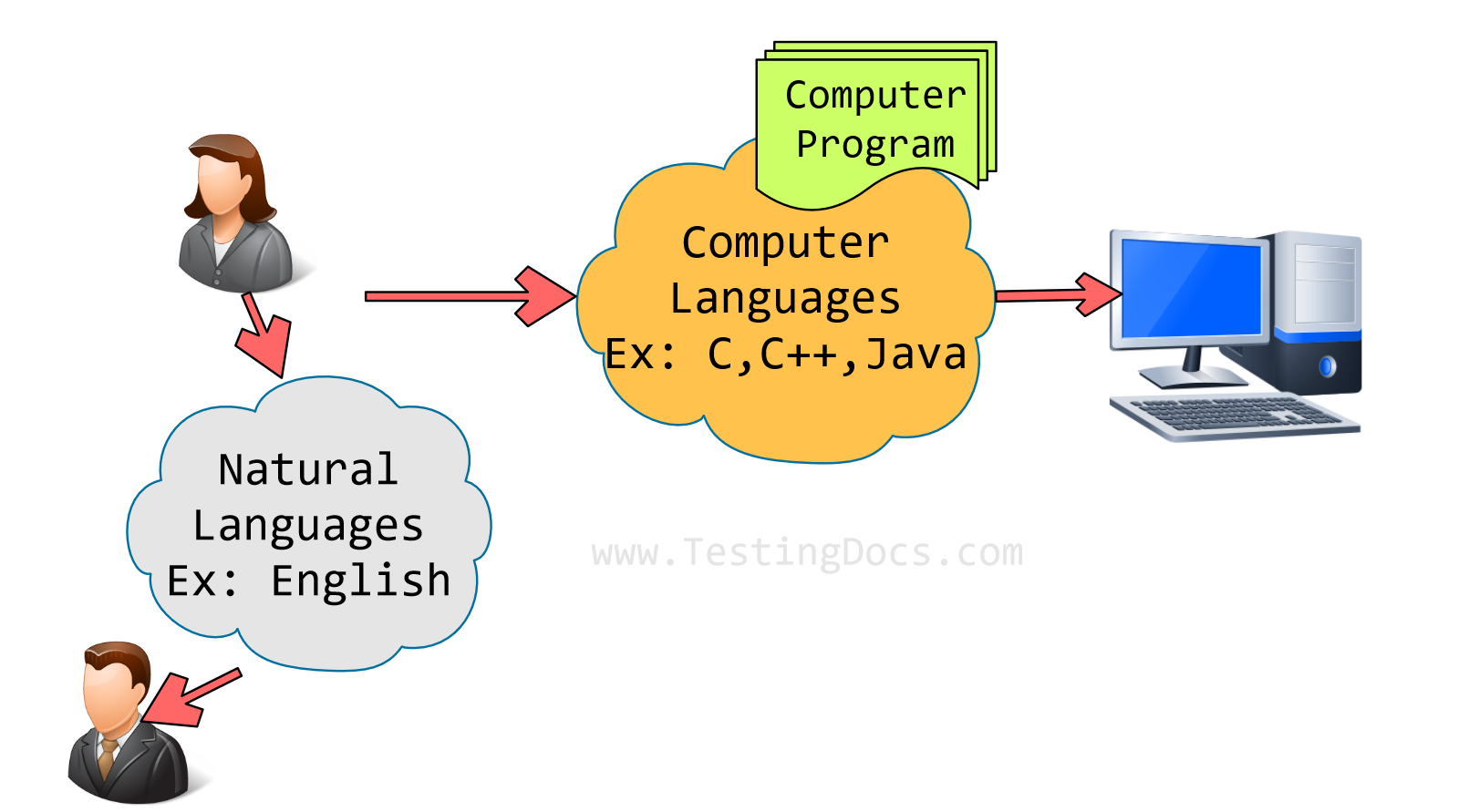 Computer languages provide the means of communication with the computer machine. A computer programming language is a set of symbols and statements that denote operations a programmer wishes a computer to perform.

Computer Languages are broadly classified into the following categories:

Machine Language(ML) is in the form of 0’s and 1’s, called binary numbers understood directly by the computer. Machine language is a collection of machine instructions.  It is machine-dependent and is challenging to learn and write programs in Machine Language.

Assembly language programming is more straightforward and less time-consuming than machine-level programming. However, the programmers must have knowledge of the machine architecture/processor on which the program will run.

The programmer need not worry about the target computers and can concentrate on the problem, algorithm, and source code of the computer program. This process of hiding implementation details is known as abstraction. Programs written in high-level languages are portable to many computers.