Difference between Error, Fault and Failure

In this tutorial, we will look at the differences between Error, Fault, and Failure. These are often misunderstood by beginners in Software Testing.

To Err is Human.

An Error is a human action or mistake when developing/using or operating a system or the software application. Human errors and mistakes introduce or inject faults into the system.

An Error is an action that produces an incorrect result. An incorrect human action resulting in faults being injected into the software program.  Examples misinterpretations, omissions , etc.

Fault is adjudged or hypothesized cause of System Error. An incorrect step, process, or data definition in a software application. System error is a system state that is liable to lead to failure.

Failures are caused by faults in the application. Therefore, it refers to an underlying condition within the software application that causes failures to occur. 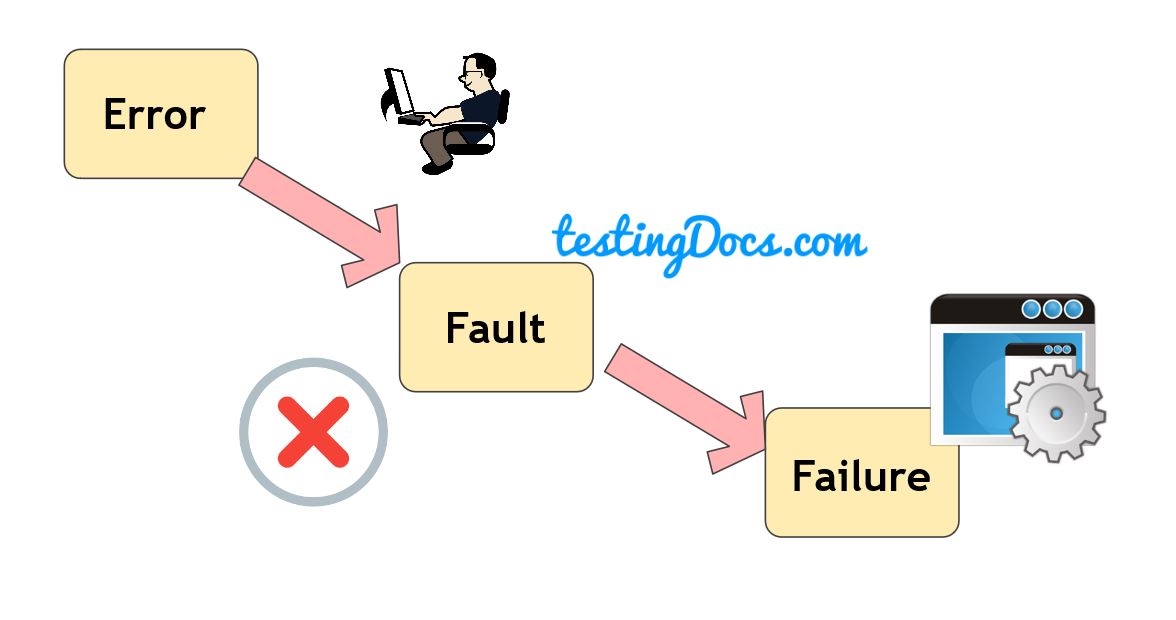 On the other hand, the same failure may be caused by several faults. For example, an interface or interaction failure involving multiple faulty modules.