Pair programming is a style of programming code. It is a software engineering methodology in which two people collaborate and interact to create a software application.

Pair programming is a technique where two programmers sit side by side sharing a single computer and helping each other to complete the software project. Two software developers share a single resource like the IDE( Integrated Development Environment), computer monitor screen, and keyboard. 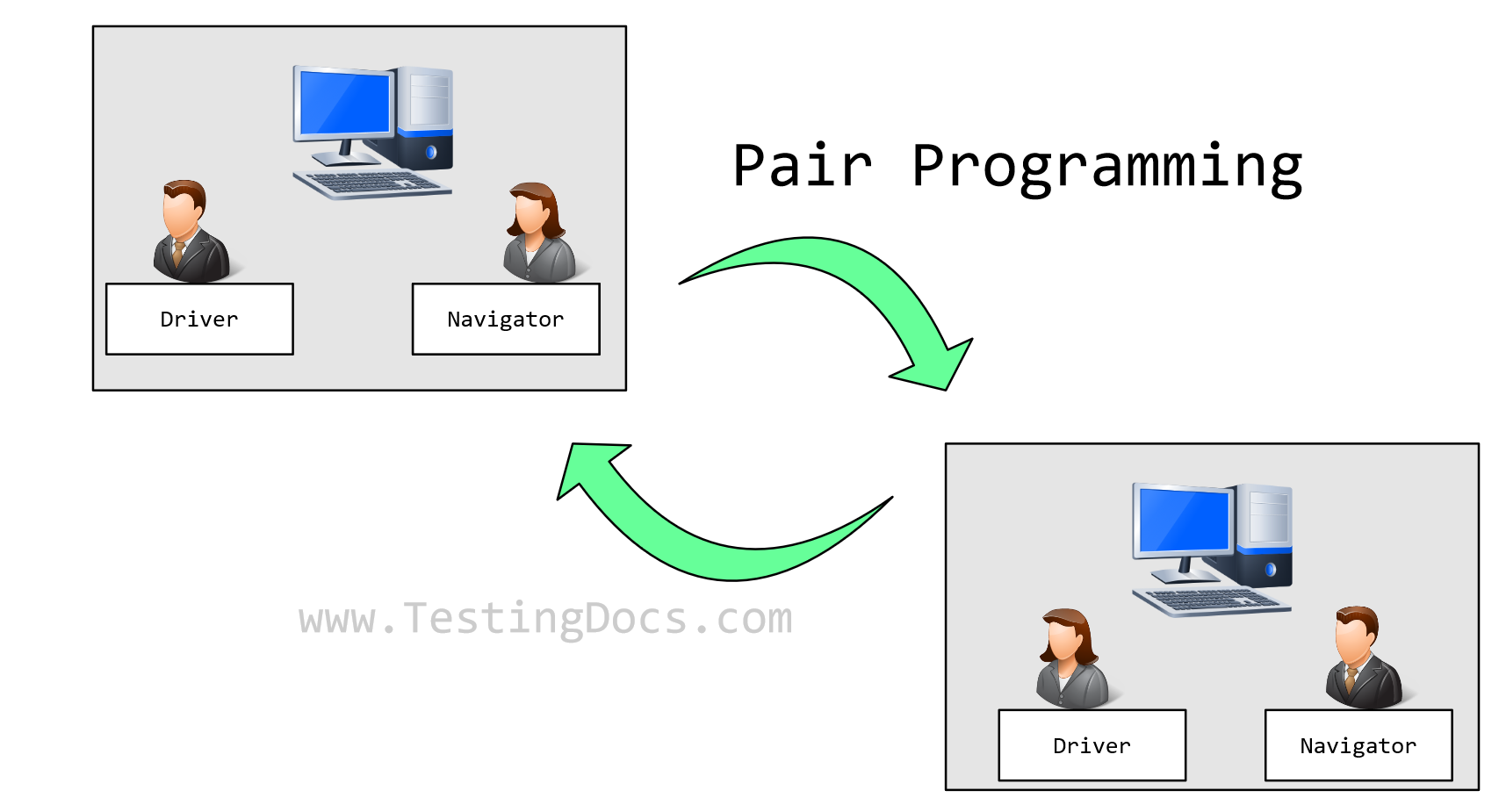 One partner does the coding, and the other one thinks. The two partners change from time to time and may also be replaced with other partners on a rolling basis. The two software developers are called:

The driver controls the IDE, keyboard, and mouse. The driver is responsible for
producing software source code, design, test cases, and other
artifacts. The navigator reviews the driver’s work, suggests corrections, and assists with the source code. The developers switch roles at regular intervals.

There are many advantages:

Two programmers working together in the pair programming style produce software code in less time & effort with fewer bugs/errors. The probability of errors reduces since discrepancies and ambiguities can be discussed and solved immediately during programming.

By constantly changing, all team members get a deep insight into the overall software project. Thus, the project know-how is distributed among the software team during the development phase.