First of all, regression testing is done to ensure that change in one part of the software has no side-effects on other parts of the application. Regression is re-execution of the test cases for the unchanged parts to see that unchanged functionality is working fine and is not. ( this exercise is usually done as a cycle as shown in the below picture )

When a defect is reported, the Dev team would fix the defect. It is likely that the change made in the code may lead to side effects that may not be visible immediately. So, whenever a change is made to the source code, QA team has to ensure that there are no side effects of the change to  other parts of the AUT. 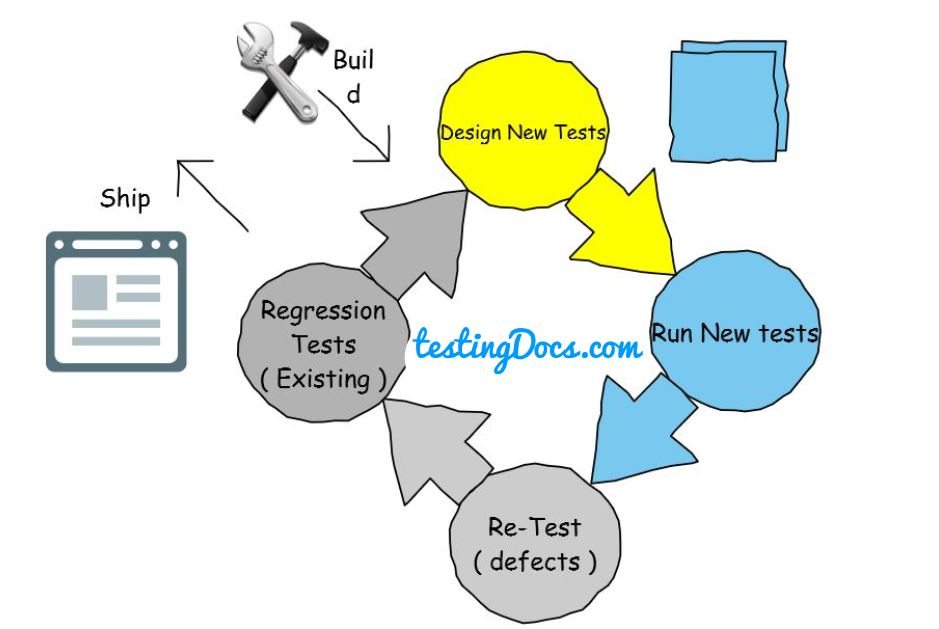 Re-Testing is done to ensure that the bug is fixed by running the same test case repeatedly. It is run on the same code where the change has been made. Also, it does not involve testing of other parts of the software. Furthermore, Re-testing means we are testing only a certain part of an application again. We do not consider how it will affect the other part or in the whole application.

Retesting is only done for failed Test cases. When there is little time Re-testing takes precedence over regression testing.