ERP Developers, Testers, and Consultants perform unit testing during the development stage. Unit testing refers to the testing of one module at a time. The focus is on the functionality of the single module under test.

In Integration testing, ERP modules are integrated and testing is performed on the integrated system. This type of testing is usually performed incrementally. Data flows across modules, cross mobile transactions, interfaces, etc are tested. 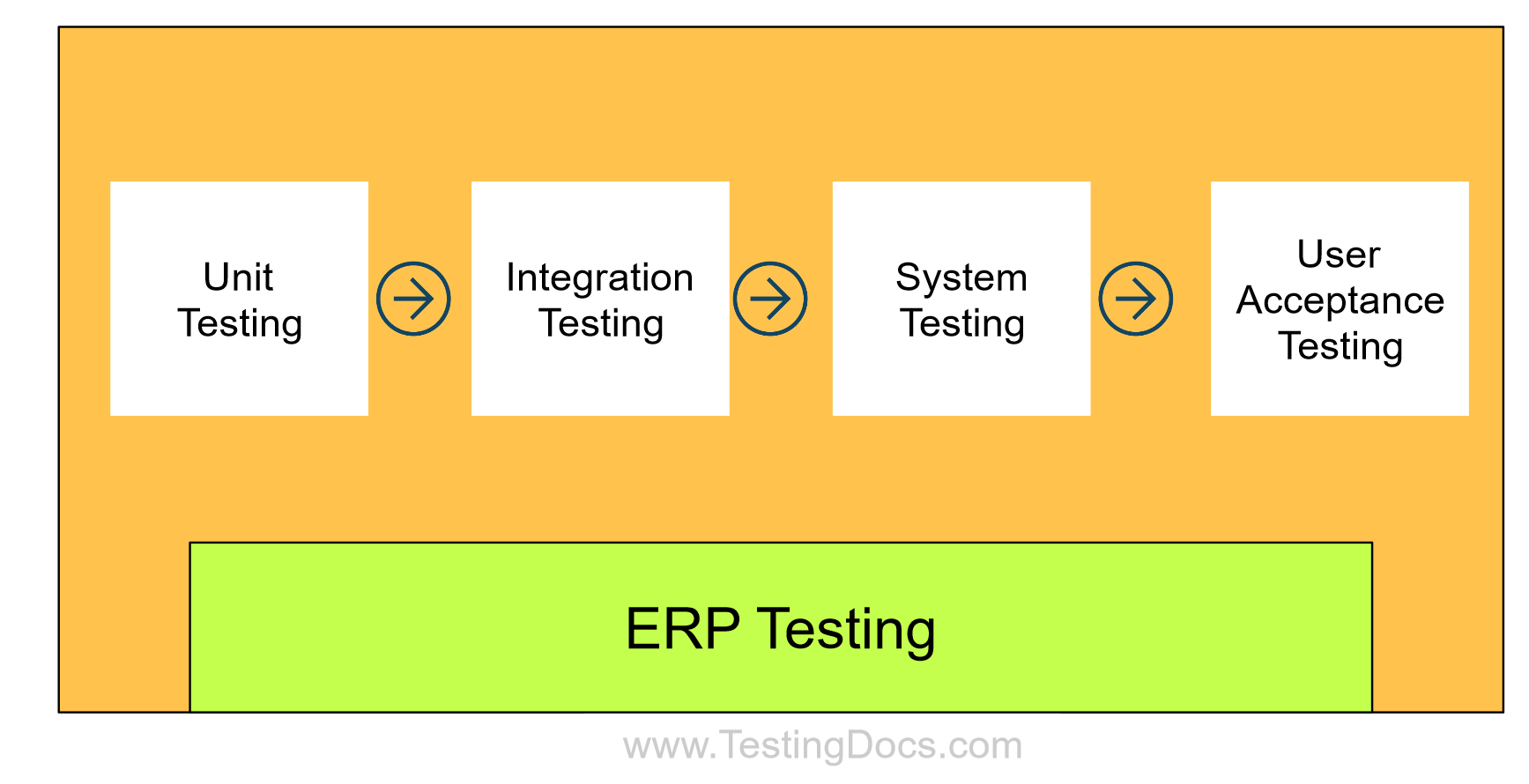 System testing refers to the testing of the whole system. The focus is on the integrity of the system as a whole e.g. if modules are communicating with each other properly. The testings are performed on the development environment, however, a separate test environment could be requested as well for this purpose.

UAT (User Acceptance Testing) is performed by the end-users. The consultants train and guide the end-users. The focus is to verify whatever requirements were promised, is delivered or not. At the end of the testing, users must provide a UAT sign-off. All outstanding problems need to be fixed. The testing takes place in the Test environment dedicated to this purpose.