You can launch a Python interpreter by using the command prompt.

Alternatively, you can launch Python from the Start menu as shown below. 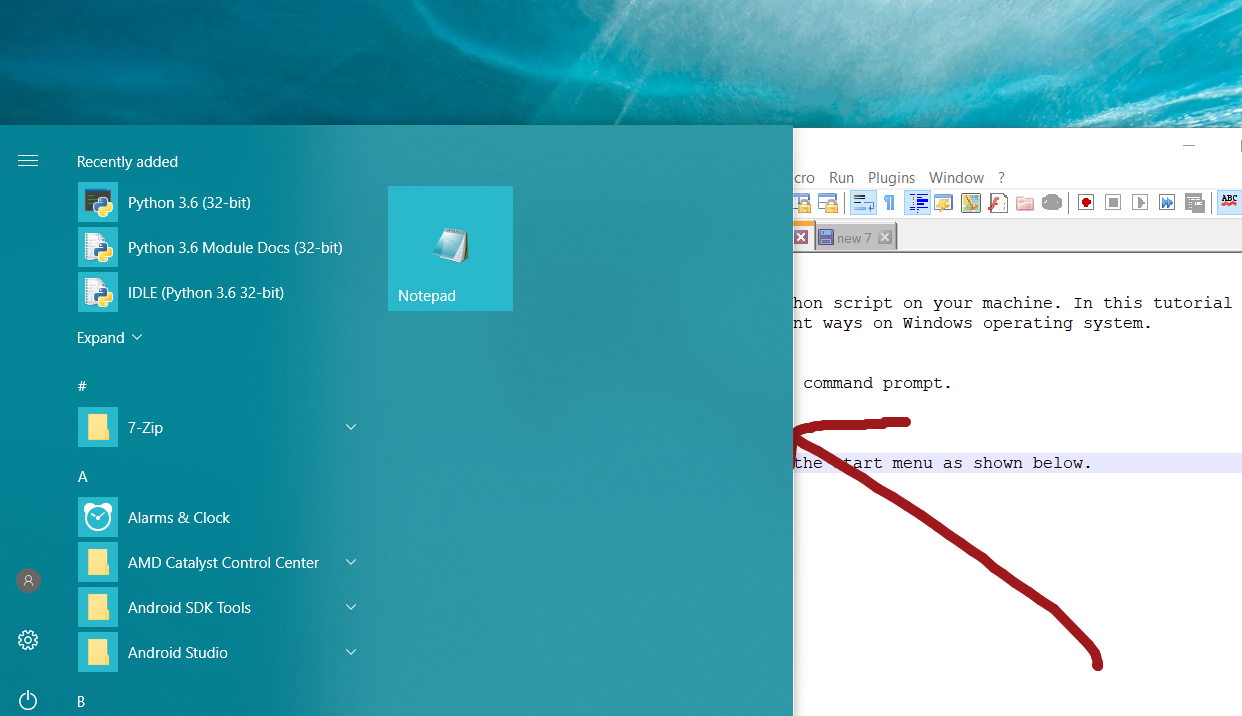 Type python in the command prompt

You can execute a Python script from the command line by specifying the script filename.

Add your code with your favorite editor like Notepad, Notepad++, Textpad etc.
Save your code in a file with .py extension.
Run the script

Let say you have named the file as “program.py”, you can run the same by typing 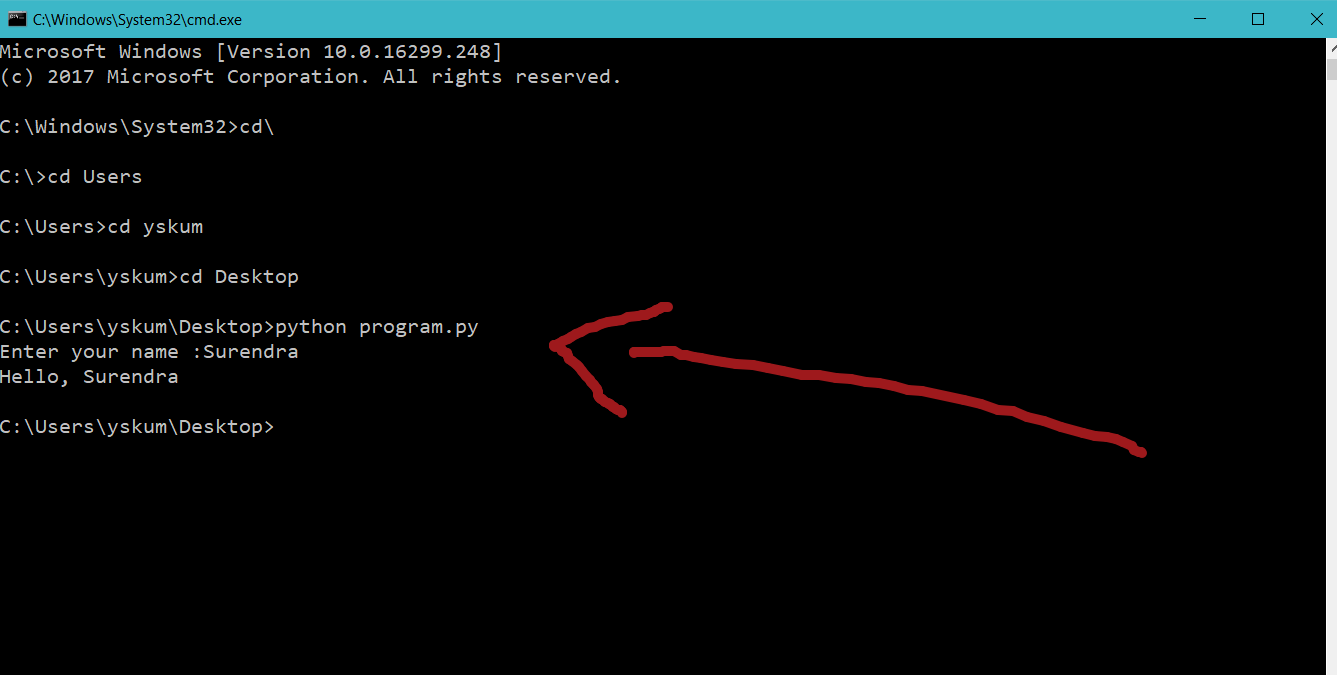 You can run Python from an IDE( Integrated Development Environment) such as Eclipse.

Steps to run a script in Eclipse.

Python Tutorial on this website can be found at:

More information on Python is available at the official website:

‹ Writing a Function in Python Interactively› Get User Input in Python 3.6