In this tutorial, we will learn about Software Testing Levels. Test Levels are the different levels in the testing process. In order to uncover different types of defects, software teams usually perform multiple levels of testing.

Basically, there are four main software testing levels. The four levels are as follows:

Unit testing is the first level of testing where individual components of the software are tested. Other components are mocked during this phase of testing.

In Integration testing components are integrated and tested. Component communications and interactions, interfaces, and data are tested. Test drivers and test stubs are used to assist in Integration Testing. 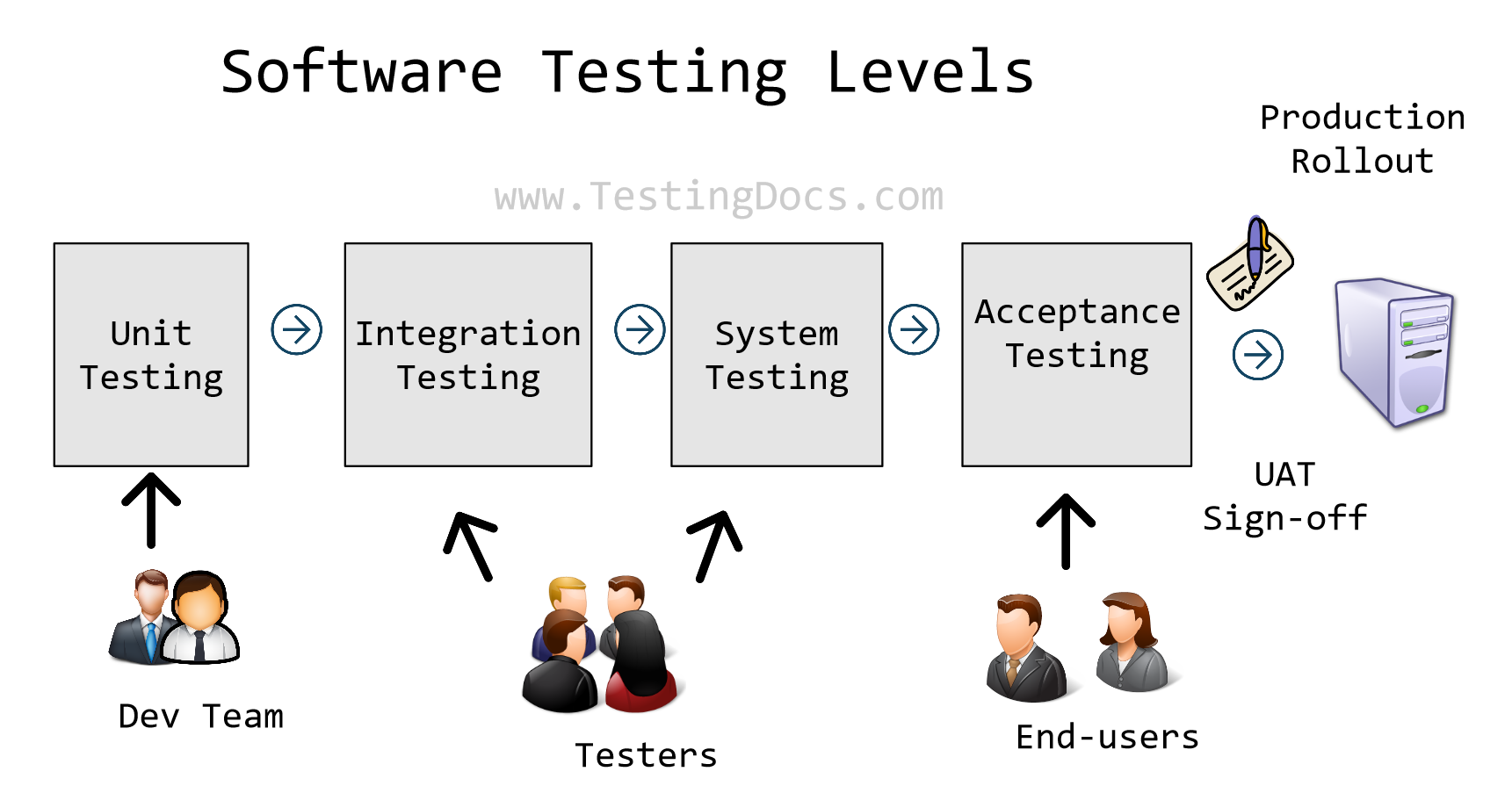 In System testing, the whole system is tested to verify that it meets the requirements. System Testing involves verification of both functional and non-functional requirements of the system.

Acceptance Testing is testing the system from the end user’s perspective. The end-user or customer tests the system to check if the system meets the user’s requirements, expectations, and fitness of use.