In this tutorial, we will look at some sample Windows Calculator Actors and User Stories. Actor is an entity who interacts with the system to perform tasks and achieve some goals.

To write test cases for an application think about the different actors of the system. The interactions between the Actor and System. These are called Use cases. How the user specifies these interactions or wishes are called user stories.

Sample Human Actors who interact with the System Under Test (SUT) . The SUT is the system on which the QA Testers test and execute testcases to find defects. Here in this example SUT is Windows Calculator application.

Some sample actors are:

Note that : there can be other Actors as well. But, In this example we would limit to actor specified in the UML diagram. 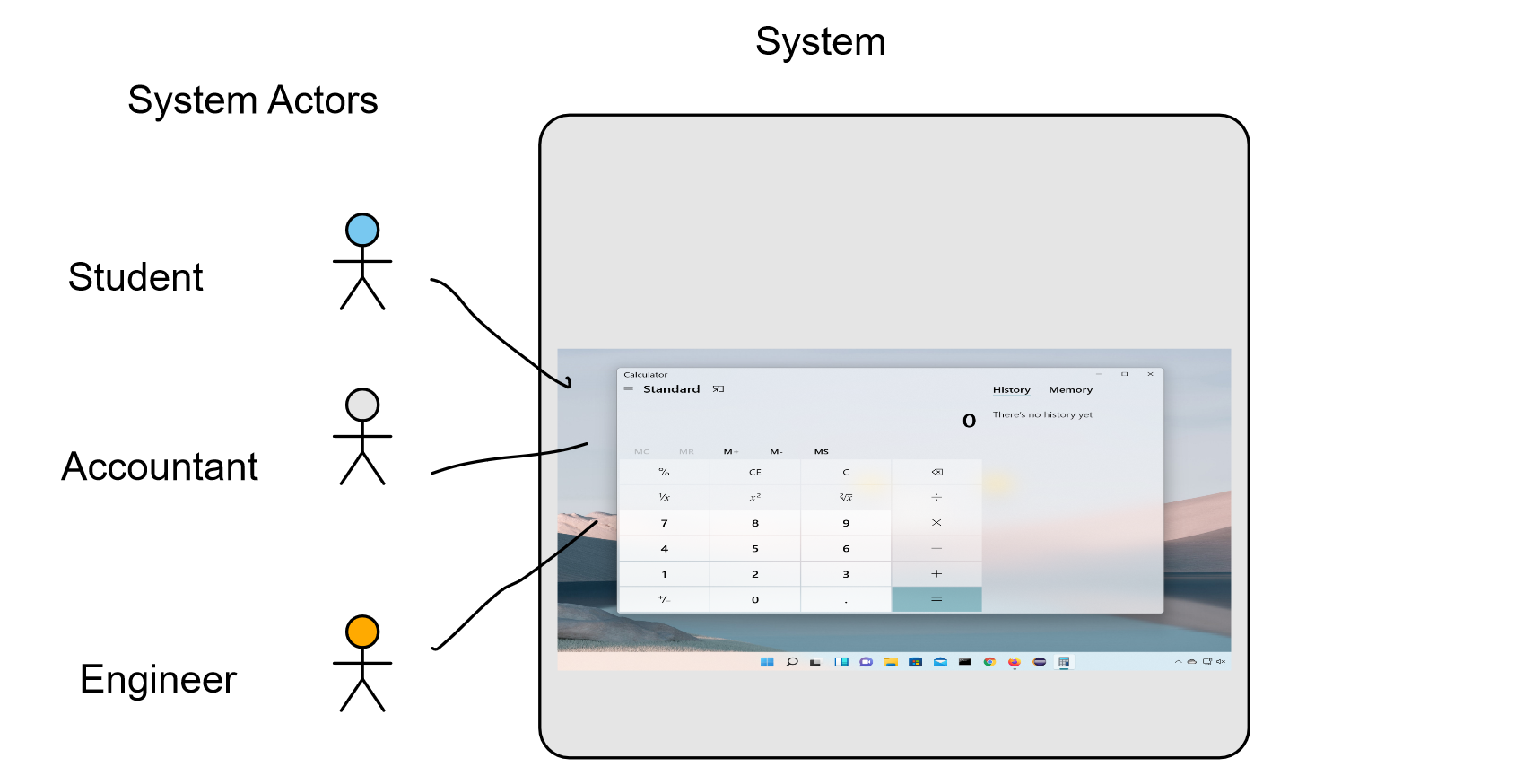 It’s a common misconception that Actors of a system are always Humans. Actors can also be other Software Programs, Applications, Middleware, APIs, Automation, Robots, etc. 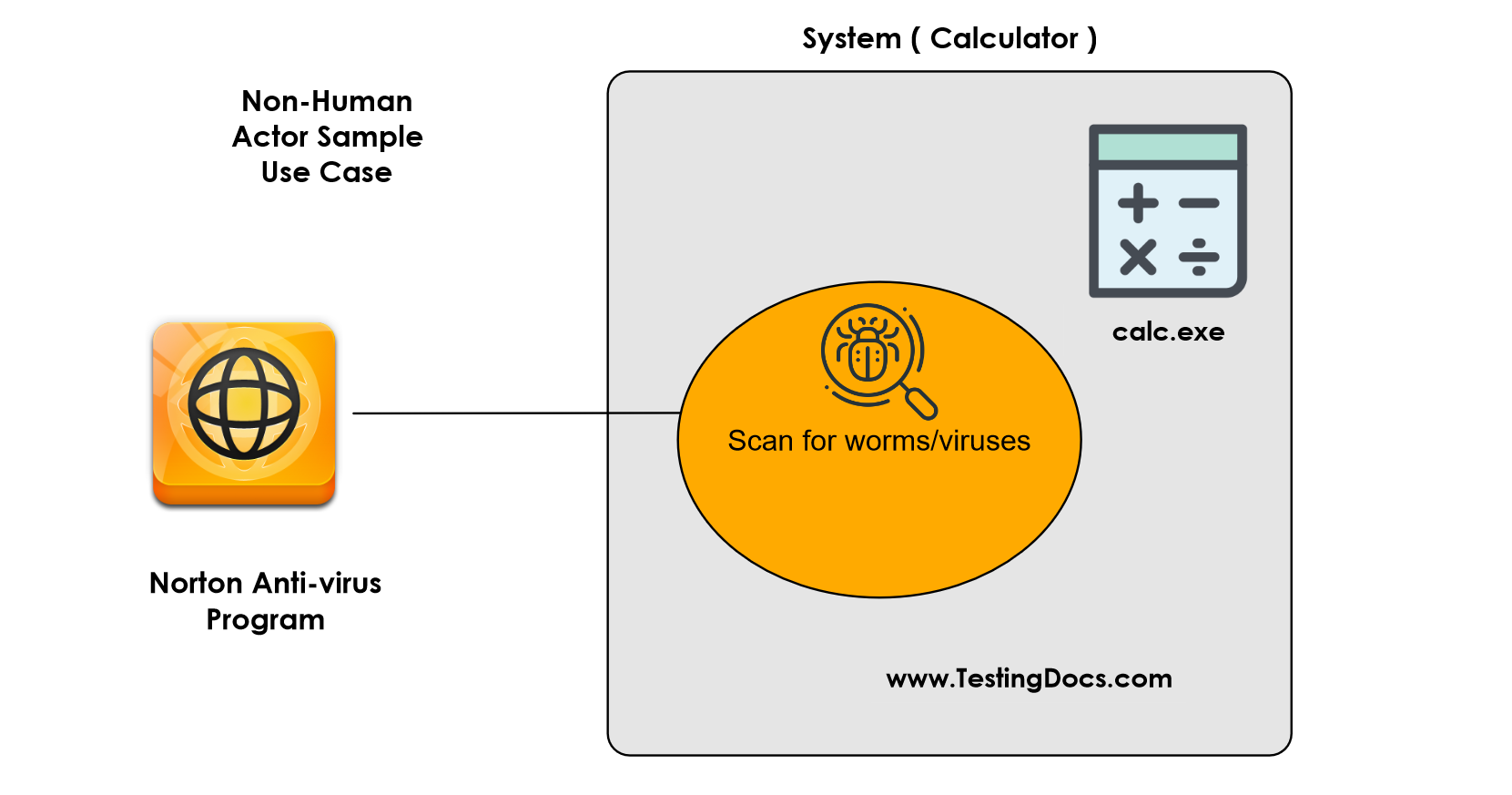 In this example, the Actor  is an Antivirus software Program. For example, NortonLifeLock Antivirus( Symantec/ Norton /Norton 360) is a popular software application that scans the Calculator application for viruses and worms. This can be triggered by Human or Automated.

As an Anti-virus Program/Service,

I want to perform an automated scan on Calculator application against known signatures,

So that, the application is free from known harmful malicious viruses.

Here we have, anthropomorphized the Anti virus program and story is such a user less interaction with the system.

User stories for the calculator application are listed here:

To know more about Norton