In this tutorial, we will learn various phases of the Automation Testing Life Cycle. The phases are as follows:

In this phase, various automation tools are evaluated and the best industry-standard tools and frameworks are selected that best suit the project. For example:

In this phase, Automation engineers work closely with the Development and Manual testing teams to derive an Automation Test Strategy, scope, etc.

In this phase, the Automation framework and scripts are developed based on test scenarios provided and identified by the team. The framework codebase is reviewed and pushed to the code repository. The automation team collaborates efforts to maximize test coverage of the product. 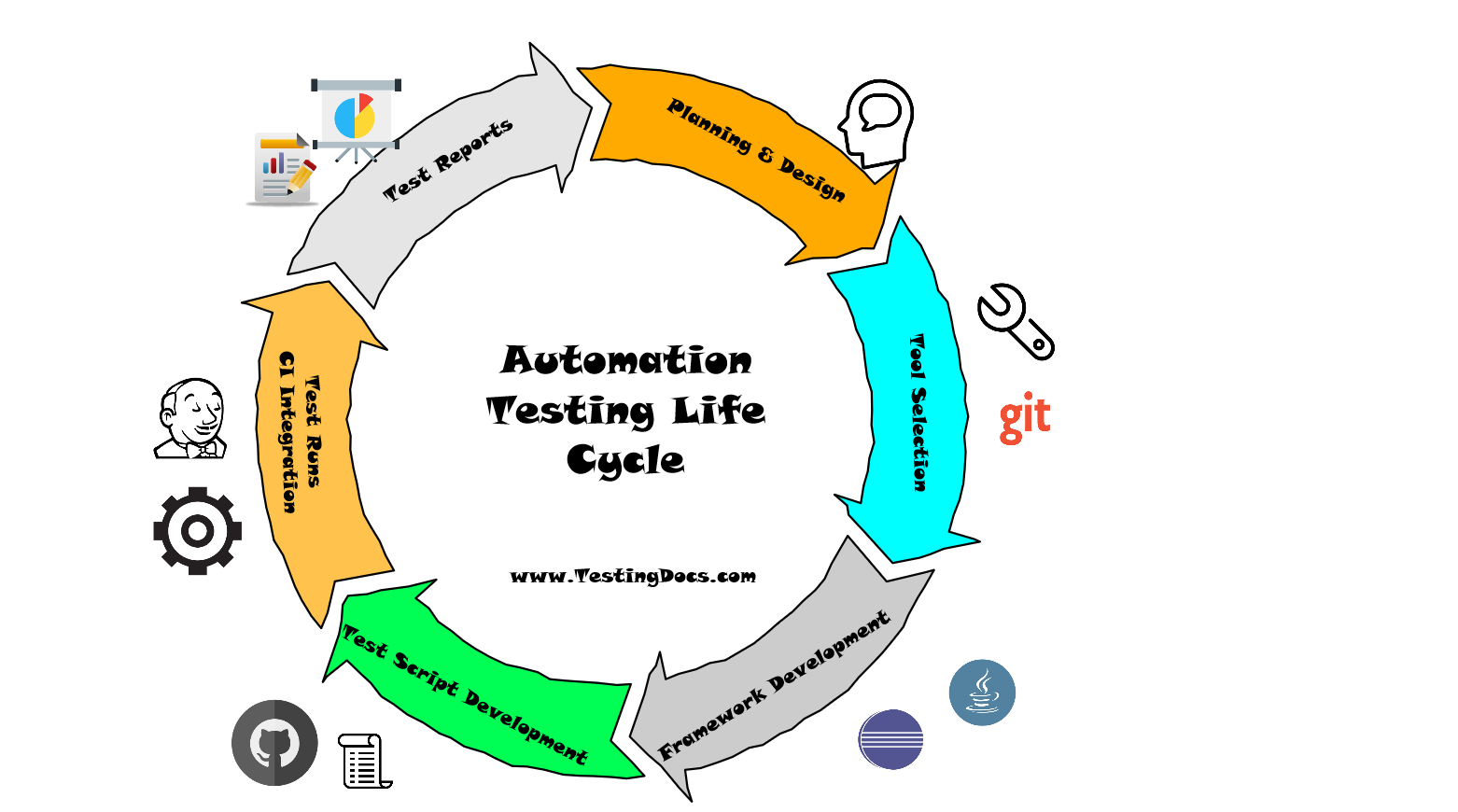 Test execution automation reports will be generated for each Test run. Reports for each Test Run would be maintained in the Jenkins CI server. Valid failures are logged and tracked in the Defect/Bug tracking system.