In this tutorial, let’s learn about different computer generations. The present computer that we see today has undergone rapid changes during the last sixty years. We can break this period into different phases and generations to know the computer evolution.

The different generations of computers are as follows::

Vaccum tubes were large and slow, and they produce lots of heat. The vacuum tubes failed frequently. These computers were given instructions in machine language, which is composed entirely of the numbers 0 and 1. Machine language was difficult to work with and hard to interpret.

The large vacuum tubes were replaced by transistors in the second-generation computers. These transistors are small, require very little power, and run effectively. They are much more reliable. In this generation, memory was composed of small magnetic cores. Magnetic disks were developed for secondary storage.

The development of high-level languages, which are easier for people to understand and work with made programming easy. Second-generation computers could communicate with each other over telephone lines, and transmit data from one location to another. Communication was fairly slow, but a new method of exchanging data and ideas was now available.

These second-generation computers had some problems. The input and output devices were so slow that the computer itself was frequently idle, waiting for cards to be read or reports to be printed. 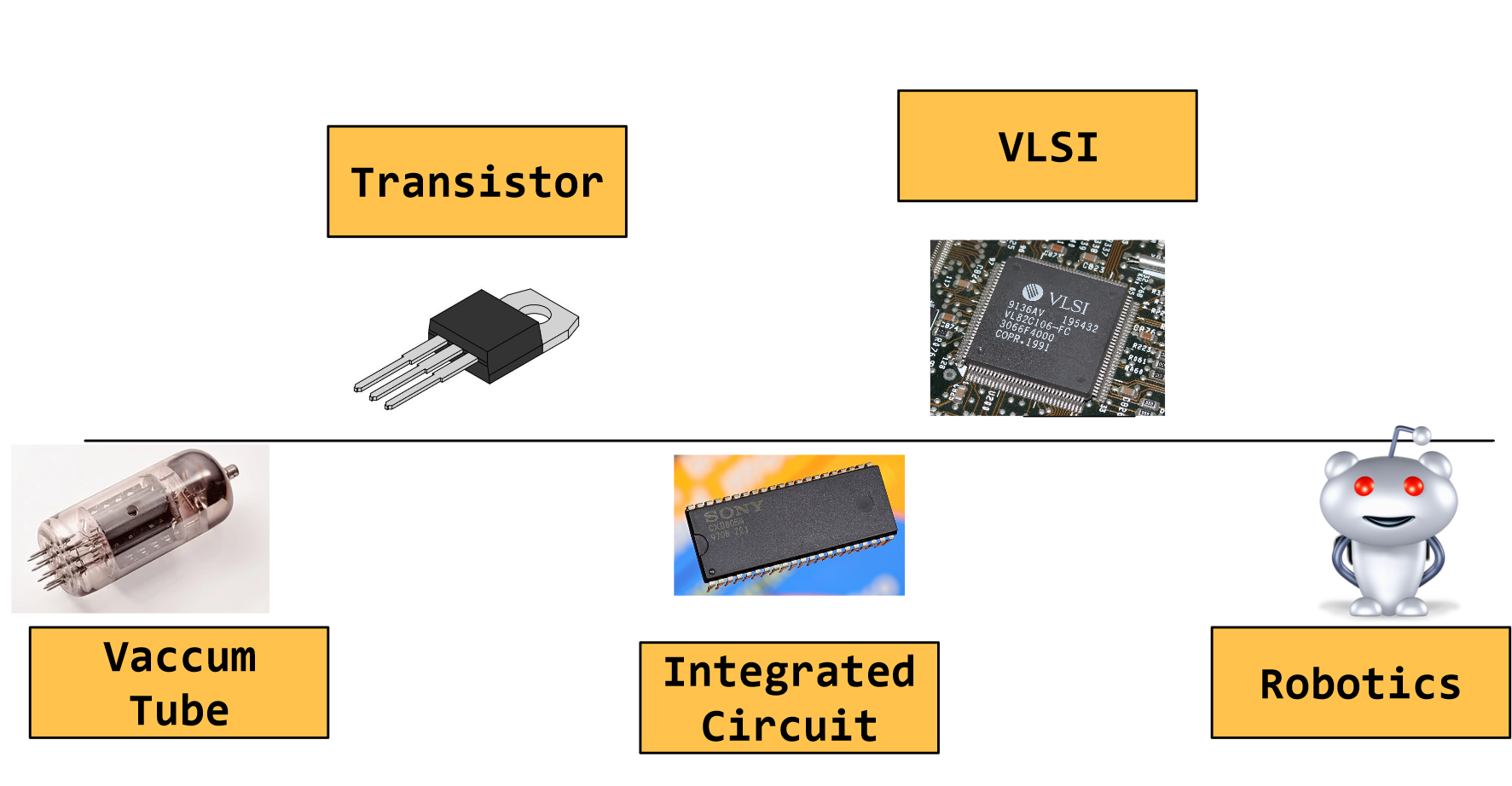 Integrated circuit technology is responsible for the computer industry’s technical progress. The third-generation computers offered more memory and faster processing. Another significant development of this generation was the launching of the first telecommunications satellite. Communication stations of the earth could transmit and receive data to and from the satellites, enabling worldwide communications between computer systems.

The creation of a tiny computer on a chip gave way to the world’s first microprocessor. A microprocessor chip holds on a single chip the entire control unit and arithmetic-logic unit of a computer. The technique called Very Large-Scale Integration (VLSI) used to build microprocessors enables chip companies to mass-produce computer chips that contain hundreds of thousands or even millions of transistors. Efforts to pack even more transistors on one chip have led to such developments as Intel’s Pentium microprocessors.

Block Diagram of a Digital Computer

‹ Block Diagram of a Digital Computer› Characteristics of Computers