In this tutorial, let us identify the major characteristics of computers.

Let’s understand the definition of a computer.

A computer is an electronic device with the ability to accept input from users or other systems, process the data, and output the results to the user or to other systems.

A simple block diagram of a computer

Some important characteristics of computers are as follows: 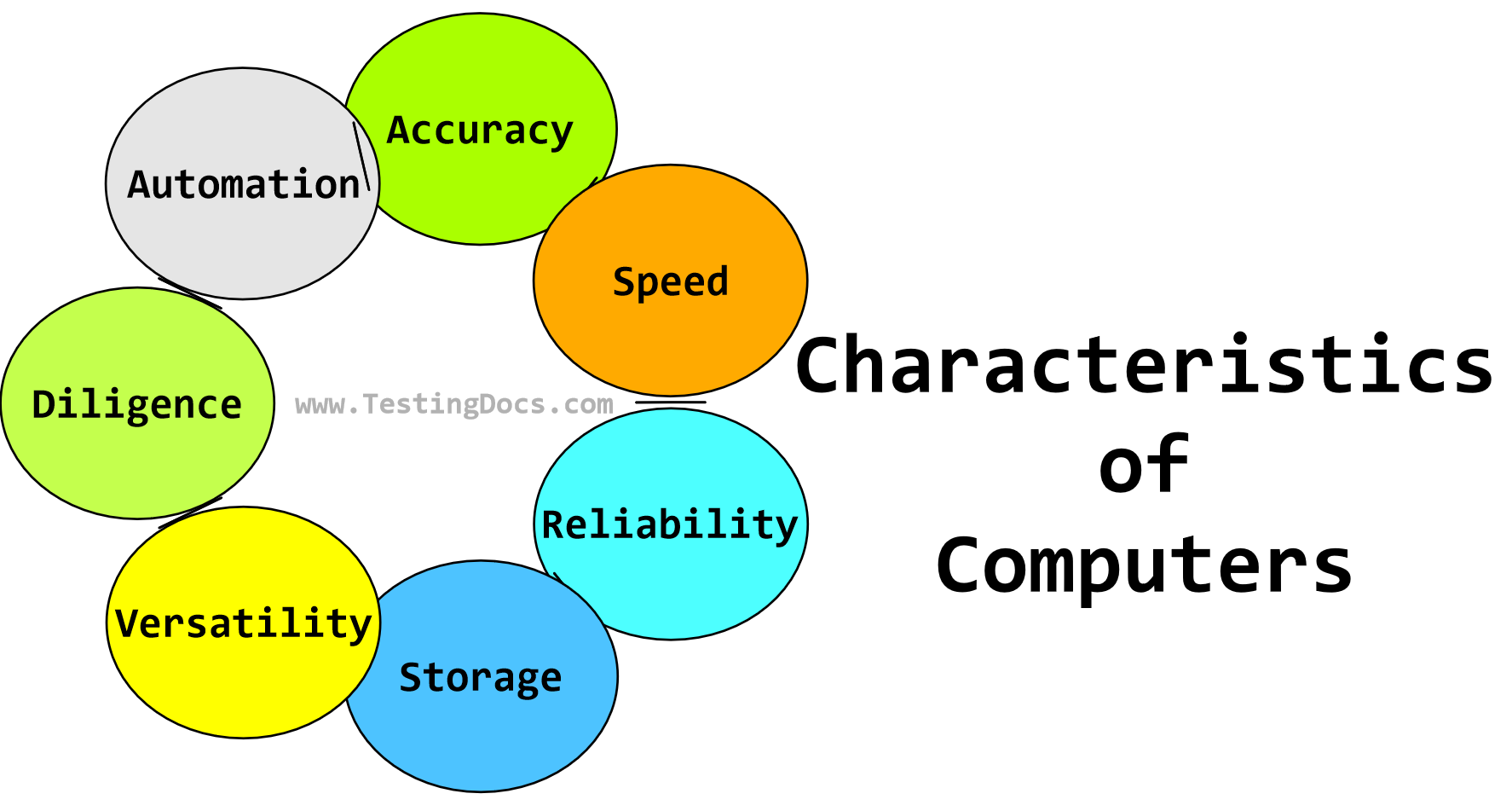 Computers process data with high accuracy. Computers give accurate outputs provided that the correct set of instructions( software program) and input data are provided to the computer.

Computers have storage capacity. Two types of storage are generally used in computers.

Computers have the ability to process data and perform calculations at high speeds. The rate at which computers process the instructions per second is called the speed of the computer. Computer processor speed indicates how fast the computer runs. It is measured as:

Computers are flexible and used in a variety of applications. Computers can perform different kinds of tasks.

Unlike humans, computers do not get tired. Computers can perform repetitive tasks without fatigue over and over again. Computers can continually work for hours and perform tasks with the same speed and accuracy.

Block Diagram of a Digital Computer