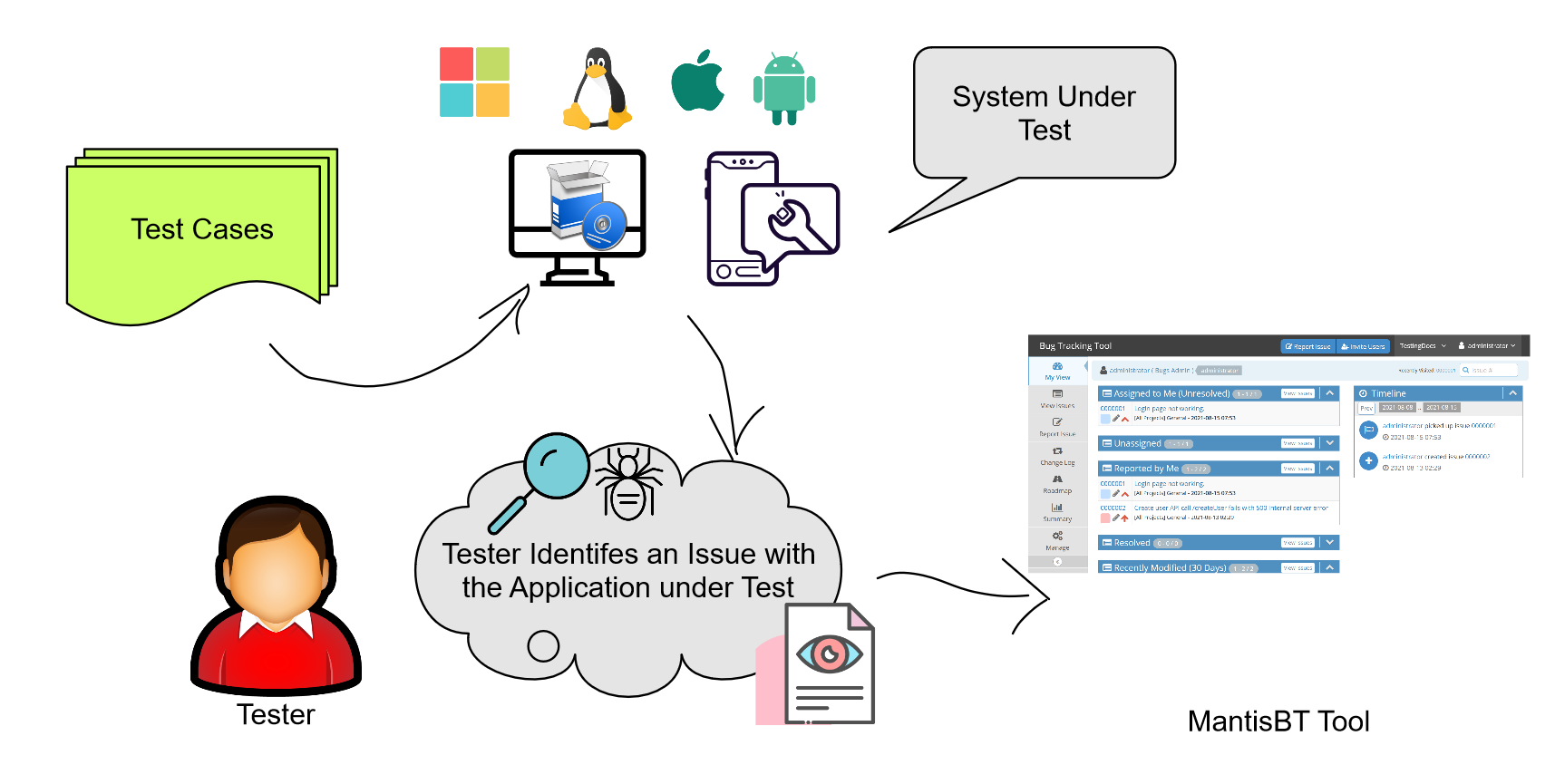 Every issue has to go through the Issue workflow. The issue attains many states and passes through the workflow during their lifecycle.

An issue starts its life when a user( in most cases a Tester) reports and submits an issue to the MantisBT tool. There are several ways to create an issue in MantisBT.

Teams collaborate and decide on valid issues in bug triage sessions. The development team acknowledges or agrees to the issue with the reporter. At this point, the development didn’t yet attempt to reproduce the issue to confirm or assign it to the concerned developer.

The development team moves the issue to the confirmed state suggesting that the issue is reproducible.

The issue moves to the Assigned state when it is assigned to a developer for the fix.

The issue moves to resolved state when the developer works on the fix. However, there are many resolutions for the issue in MantisBT.

This issue status reflects that the issue is closed in the system.