Raptor flowchart enables you to develop problem-solving skills and improve algorithmic thinking. In this post, we will learn how to add two numbers and print the output.

Steps to create the flowchart

The area to the right is the primary workspace. Users can build their flowcharts in this area and watch them update as they execute. The workspace is tabbed.

Initially, you have a single tab named “main” as shown below, but programmer-defined sub-charts appear as tabs in the workspace.

You can drag and drop the symbols from the left to build your flow chart. Initially, the flowchart would have a Start and End symbols.

Different symbols available in Raptor are:

Drag and drop different symbols on to the flow chart as shown below. 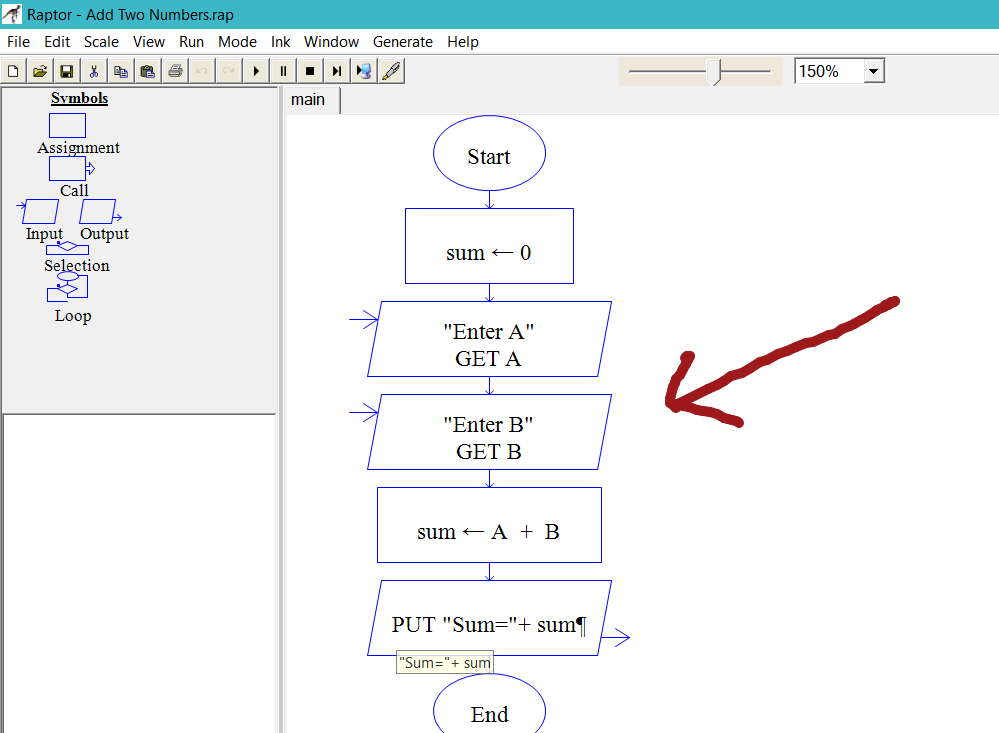