In this post, we will write a small C++ Hello World program and discuss the general structure of a C++ program. In C++ the executable unit is called a function. We will use Code:: Blocks IDE to create a C++ project.

Incase Code:: Blocks are not installed on the machine. (https://www.testingdocs.com/download-and-install-codeblocks/) 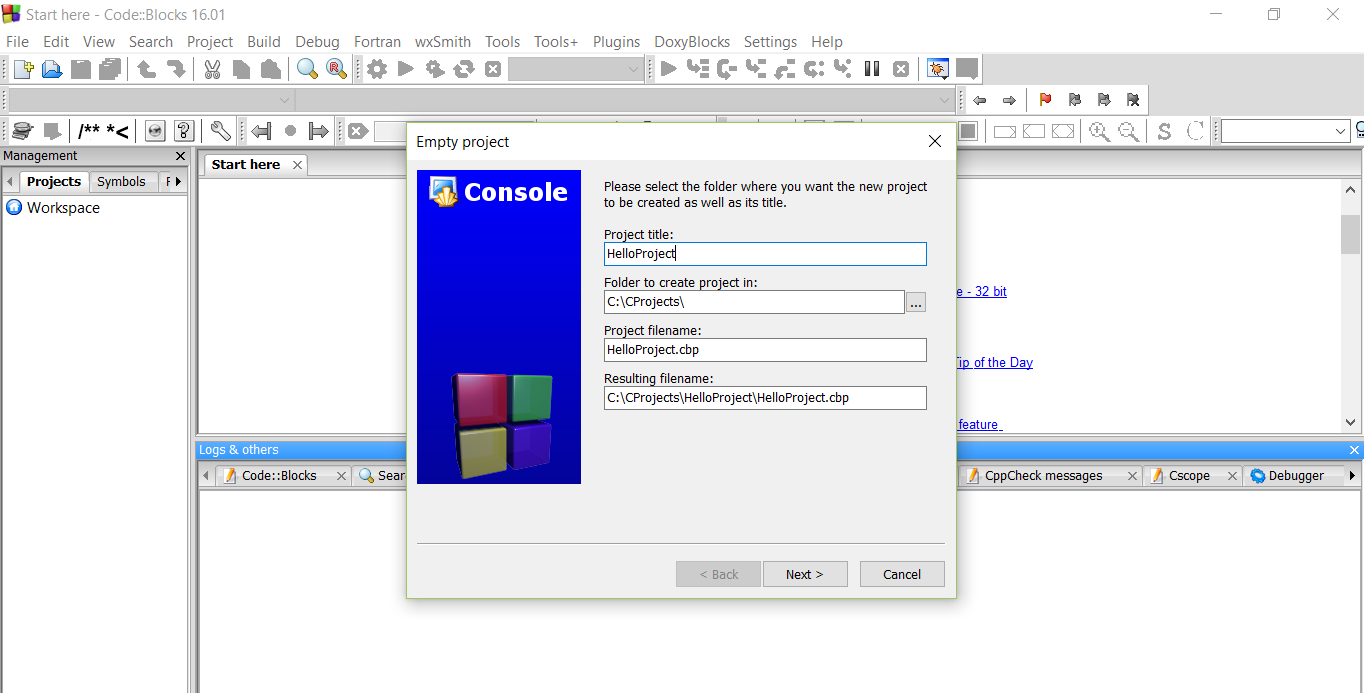 The first line is a comment. comments are not translated by the compiler into executable code. They
are used to describe the operation of the program.

The next line uses the iostream library to perform input and output. These are called as pre-processor directives. The include directive instructs the pre-processor to copy the contents of the specified file into the program.

The next line of the program tells the program will be using objects that are named in a region called std. In the C++ program, the function named main() is the first function called when the program is executed.

Build and Run the program to see the output as shown in the picture.

It is a convention that a zero result from the main indicates that the program ran successfully without any errors.

Sum of Digits of a Number C++ Program

Debug a C Program in Code::Blocks

Getting Started with the First C Program