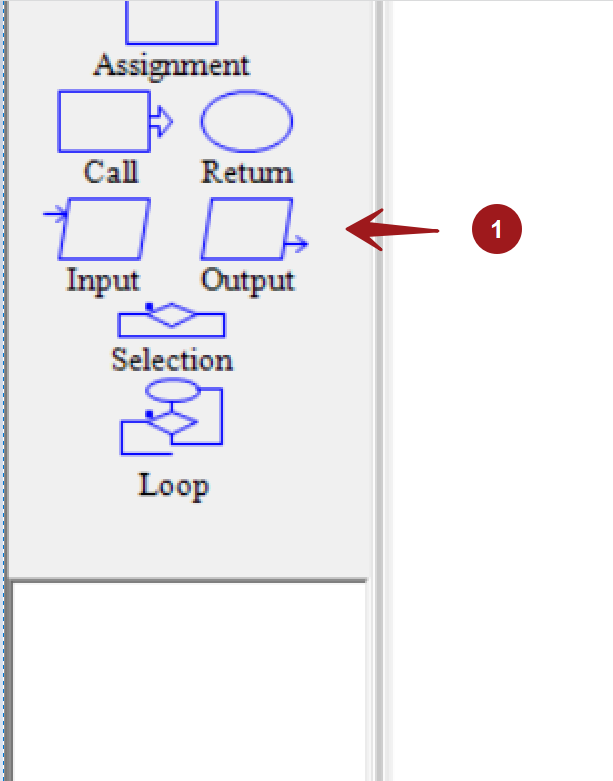 Different symbols available in RAPTOR are:

The oval symbols are used for Start and End Terminator symbols. We can use this symbol for the start and end of the flowchart.Each flowchart has a Start point and an End point. 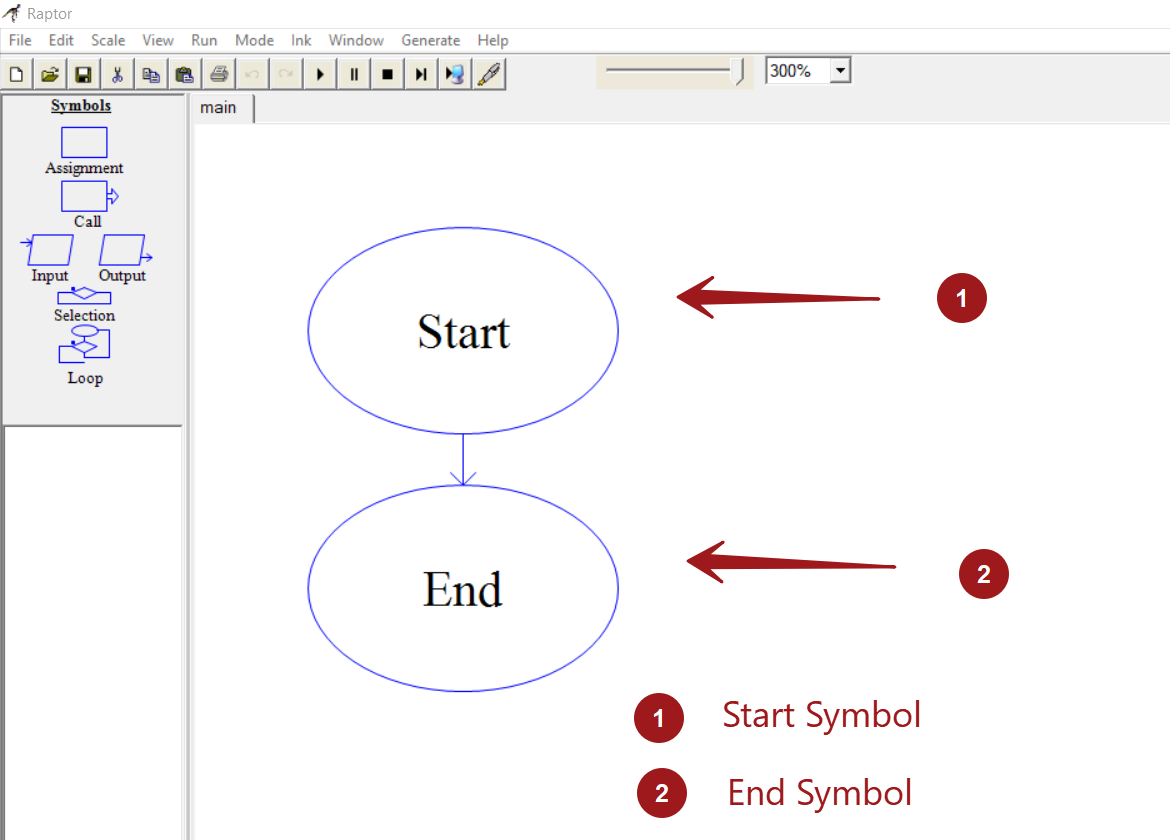 A parallelogram is used for input and output data to the flowchart. The Input symbol is used to prompt the user to enter information. The information is stored in variables.

The output symbol is used to print the information to the MasterConsole window or to redirect it to a file.

A rectangle is used for the process symbol. The processing statements and calculations can be done in this block.The assignment symbol is used to assign a variable or to change the value of a variable.

The right hand side is evaluated first and then the value is assigned to the left hand side variable. 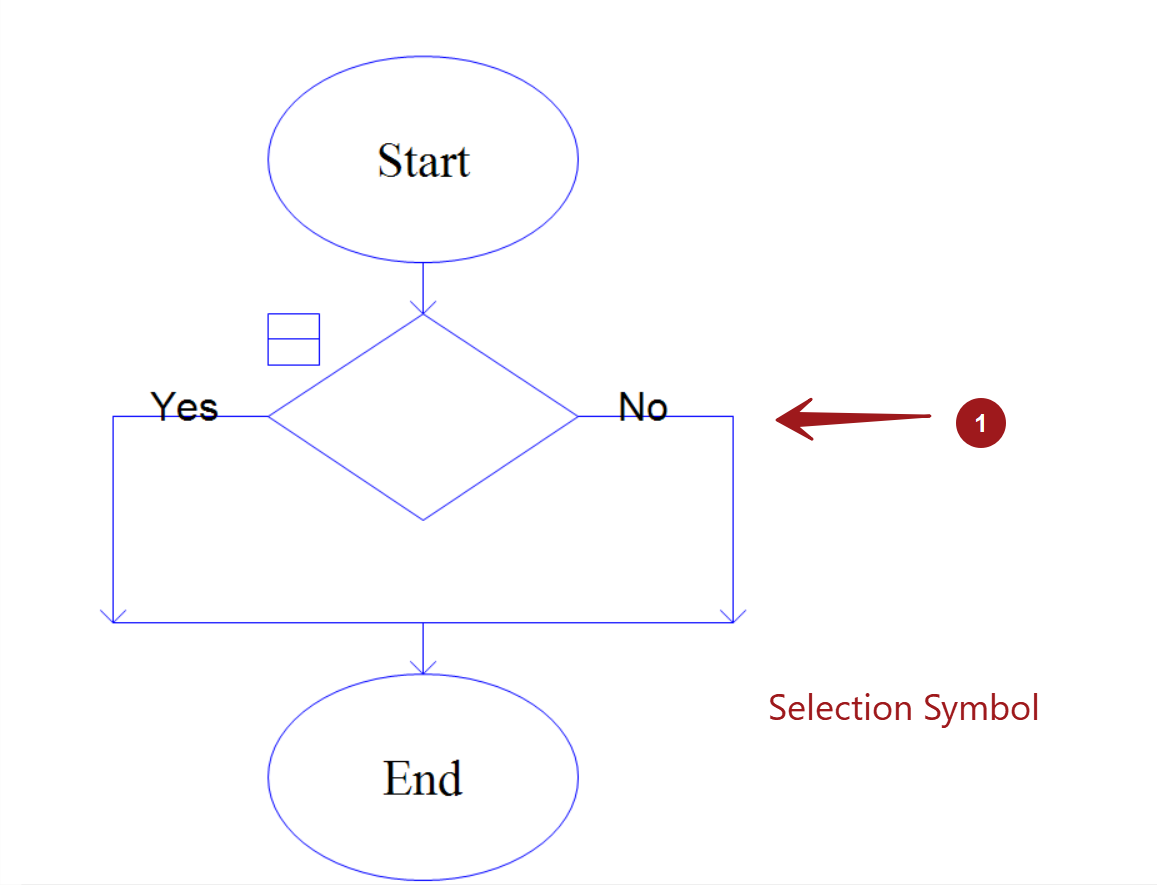 Loop symbol is a repetitive structure in RAPTOR flowchart. The Loop symbol is used to repeat a set of steps in the flowchart until the loop condition is met. 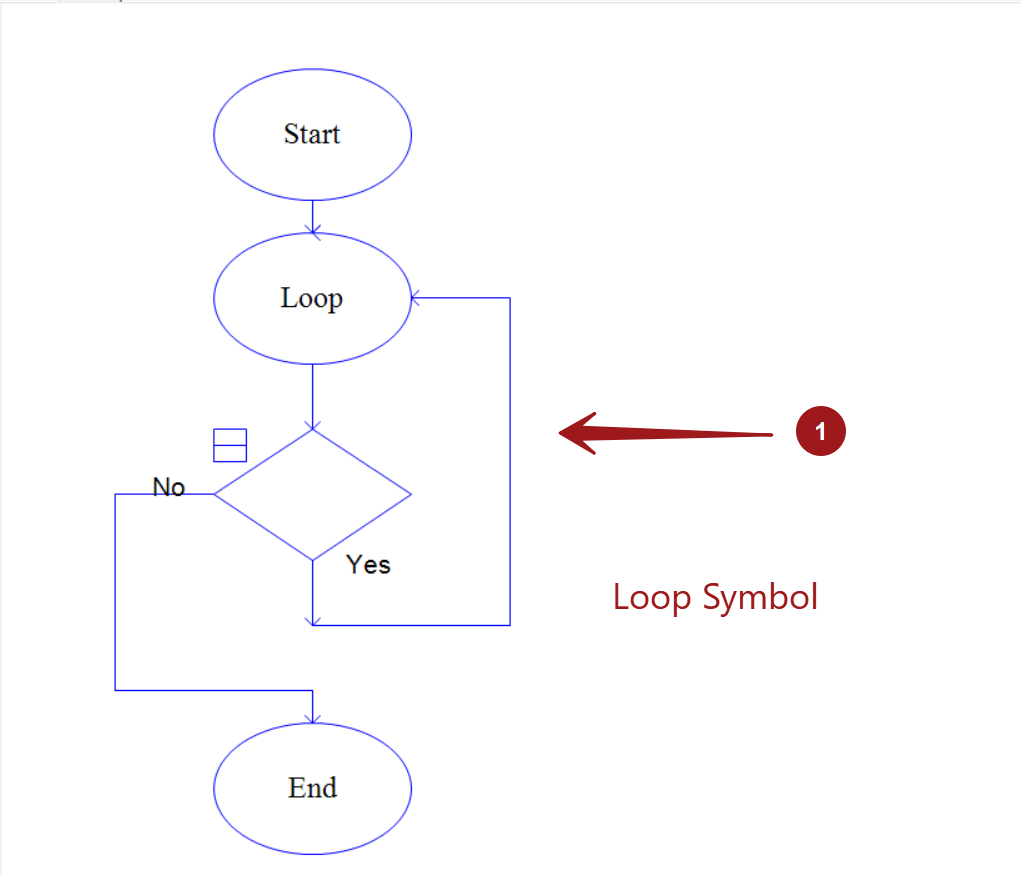 Write to a file with RAPTOR flowchart