In this post, we will discuss single exception handling in Java. Errors occur in java programs as in most things in real life. Also, when an error occurs in a running Java program we say that an exception has occurred. Furthermore, when this happens an Exception object is created and “thrown”. This can be caught or not, depending on the kind of Exception it is and on the program.

When a try block is specified, we need to either specify the catch handler or the finally block. 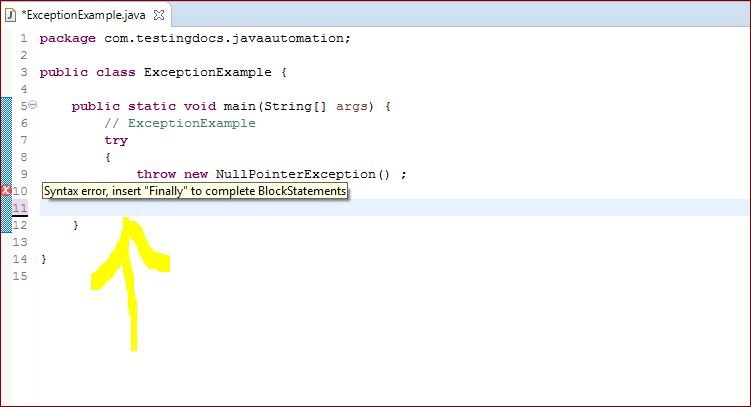 When we catch an exception we name the class of the exception and give a variable that will have that type. Within the body of the catch clause we can send the Exception object messages. Also, when an exception is thrown in a try block, the execution of the try is abandoned immediately and the system searches for a handler in the catch block of the type of exception that was thrown.

Java finally block is a block that is used to execute important clean-up code such as closing a connection, browser driver instance, etc. Also,  finally block is always executed regardless of exception is thrown or not as shown in the below picture. 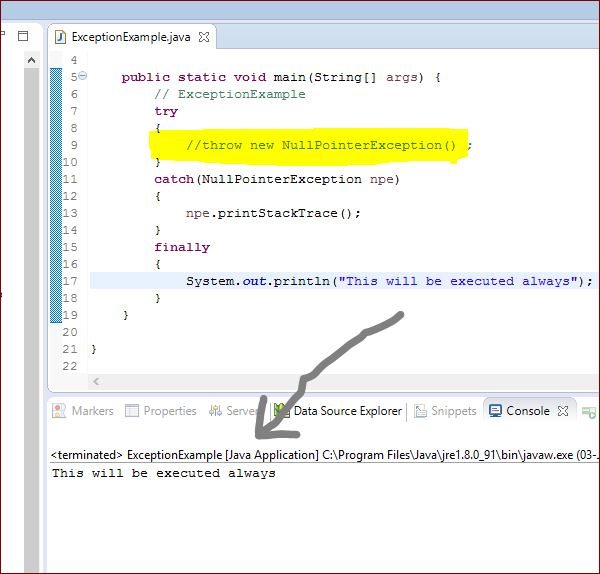 For more information on Java, visit the official website :