In this post, we will discuss some basic Maven automation testing interview questions frequently asked in the interviews.

Maven is a tool for building software. It runs in a JVM. Therefore, it is mostly used for Java projects. Maven projects are configured with a pom.xml file.

POM.xml is an XML file. It contains the details about the project, build plugins, dependencies, etc. Project identity, artifactID, dependencies, plugins, etc are defined in this file. POM.xml is hierarchical in nature. It can have a Parent pom and children.

What is a local repository?

On Windows 10 operating system the default path to the local repository would be something like as shown in below picture: 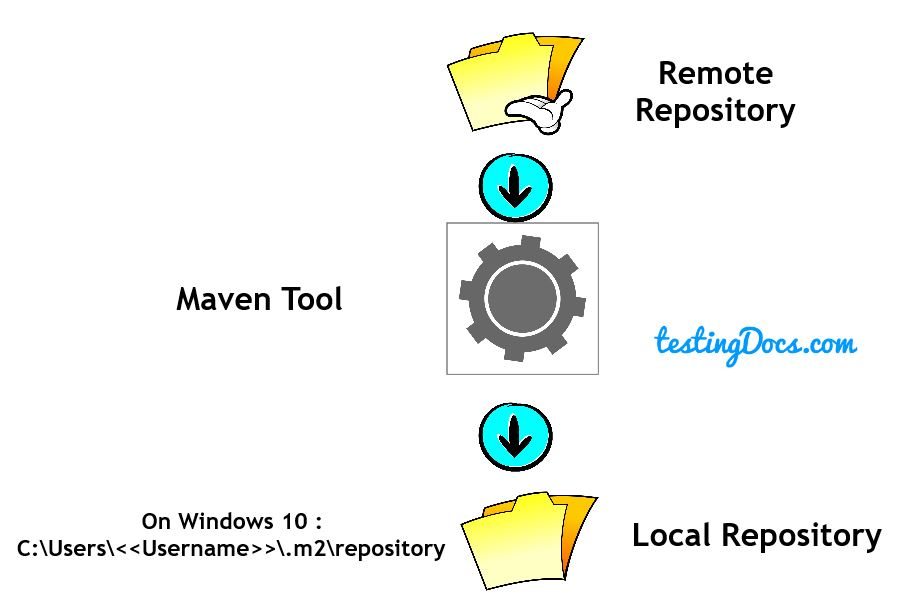 What is the central repository?

It’s the repository by Apache maven. If dependencies are not available in the local/remote repository, maven looks them in this repo. The Central Repository is the default repository for Apache Maven and other build tools. It can be easily used by many tools.

Maven Tutorials on this website can be found at:
https://www.testingdocs.com/apache-maven-tutorial/

For more details on the Apache Maven, visit the official website at:
https://maven.apache.org/