In this tutorial, we will learn to create Class and Object in Raptor flowcharts. We can create an Object for a Class using the new operator. Objects are instances of the Class defined. Class definitions are like blueprints defining the state and behavior of the objects.

Steps to create a class in Raptor flowchart. 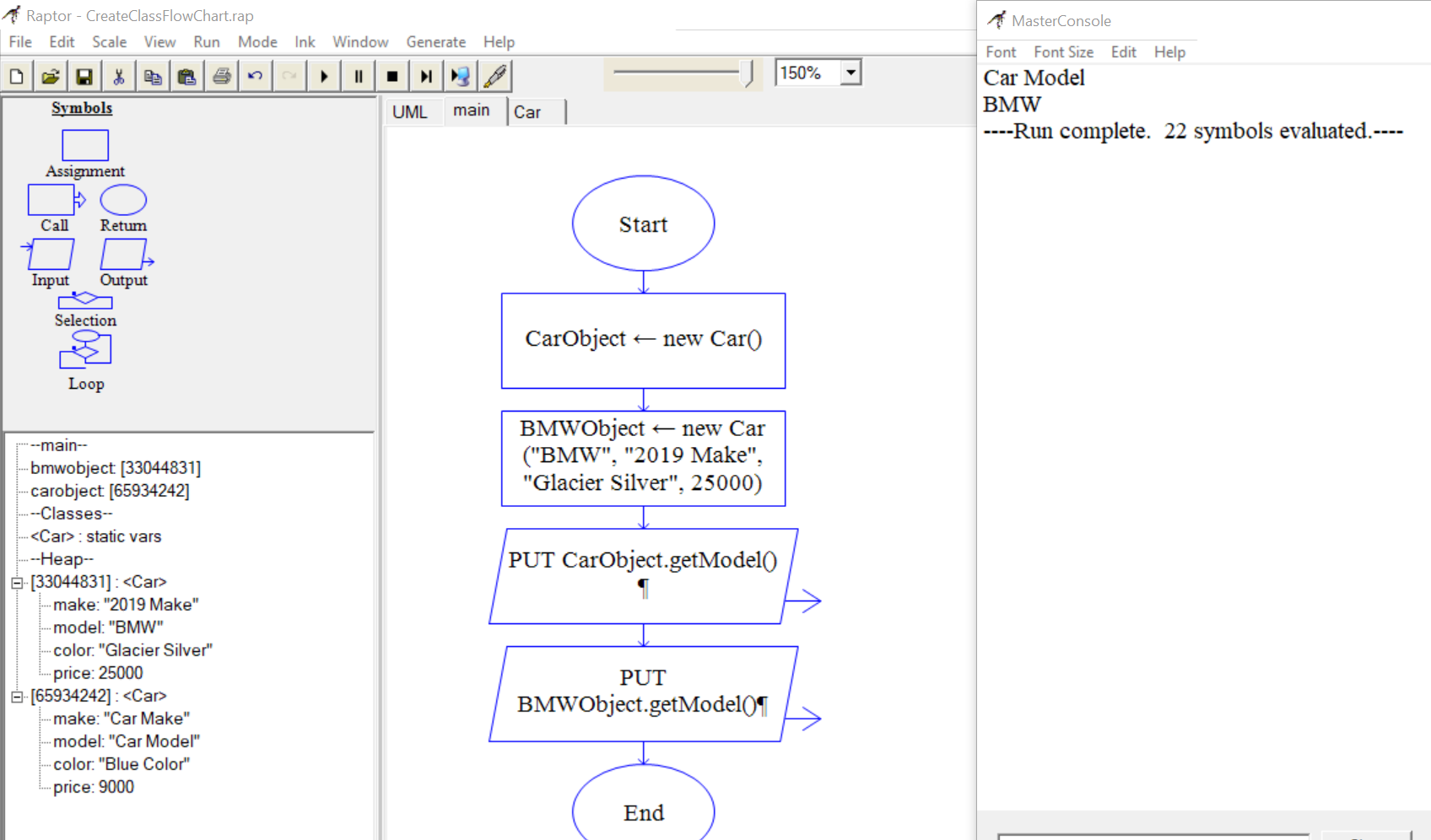 Note that, there is no need to start the object with the class name in the Assignment symbol.

The objects are created on the Heap memory. During the run of the flowchart, we can notice the heap memory in the sidebar. 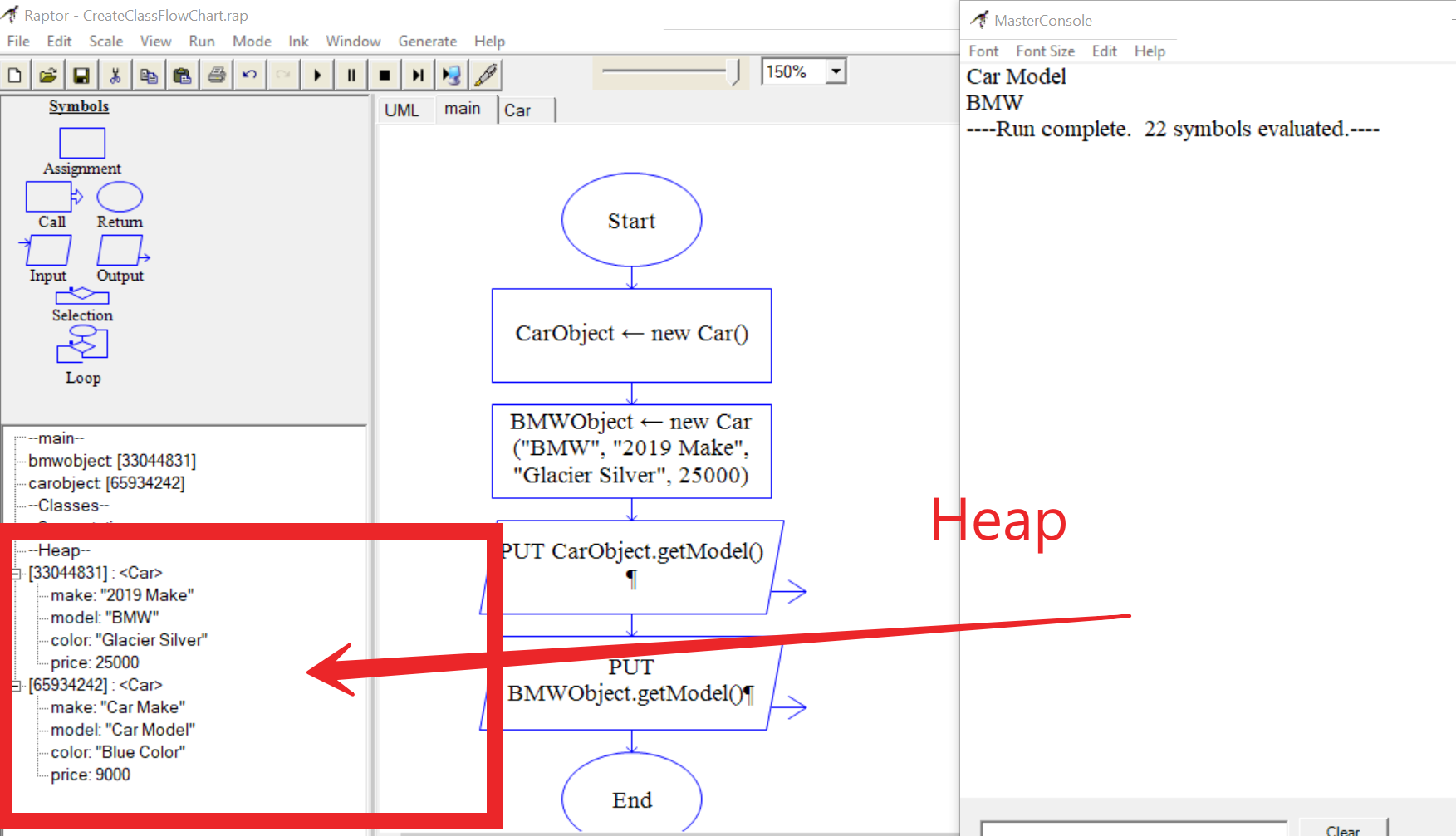 To change the state we can invoke the mutator methods defined in the class. To get the object state we can

invoke the getter methods defined in the class. We can also code behavior methods to the class.

For example, we can define speed as the car variable. Then we can add accelerate() method that changes the speed of the car!

Raptor Tutorials on this website can be found at:

Write to a file with RAPTOR flowchart