In this example, we will draw a square pattern with the asterisk(*) character using nested for loops in the flowchart.

The general steps to design the flowchart are as follows:

Prompt user to enter the variable N. The number of rows in the pattern. 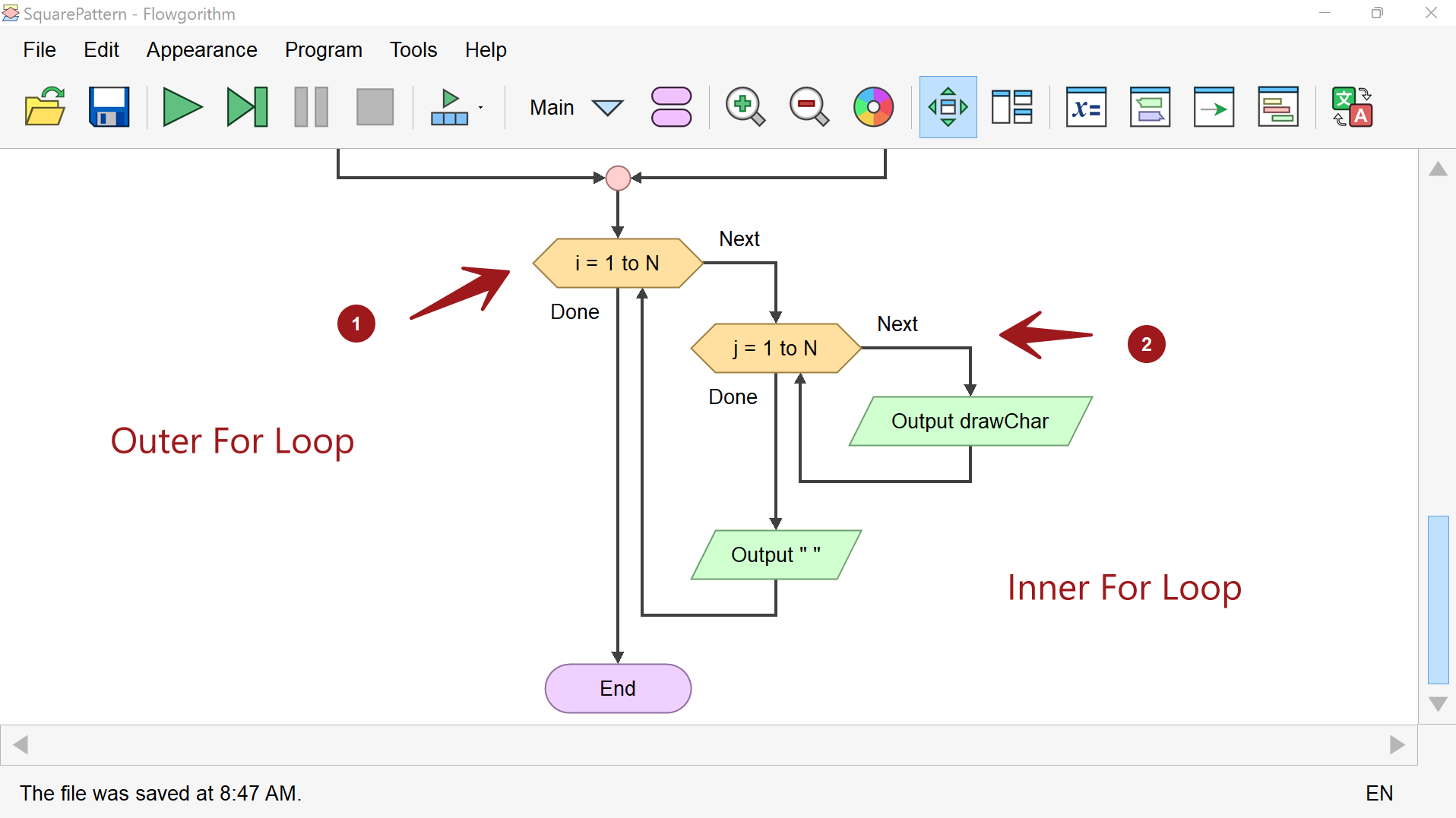 In the inner for loop print the asterisk character to the console and remove the New line option.

In the outer for loop add a blank Output symbol and check the New Line check box. This will carriage return and go to the next line for the next for loop iteration. 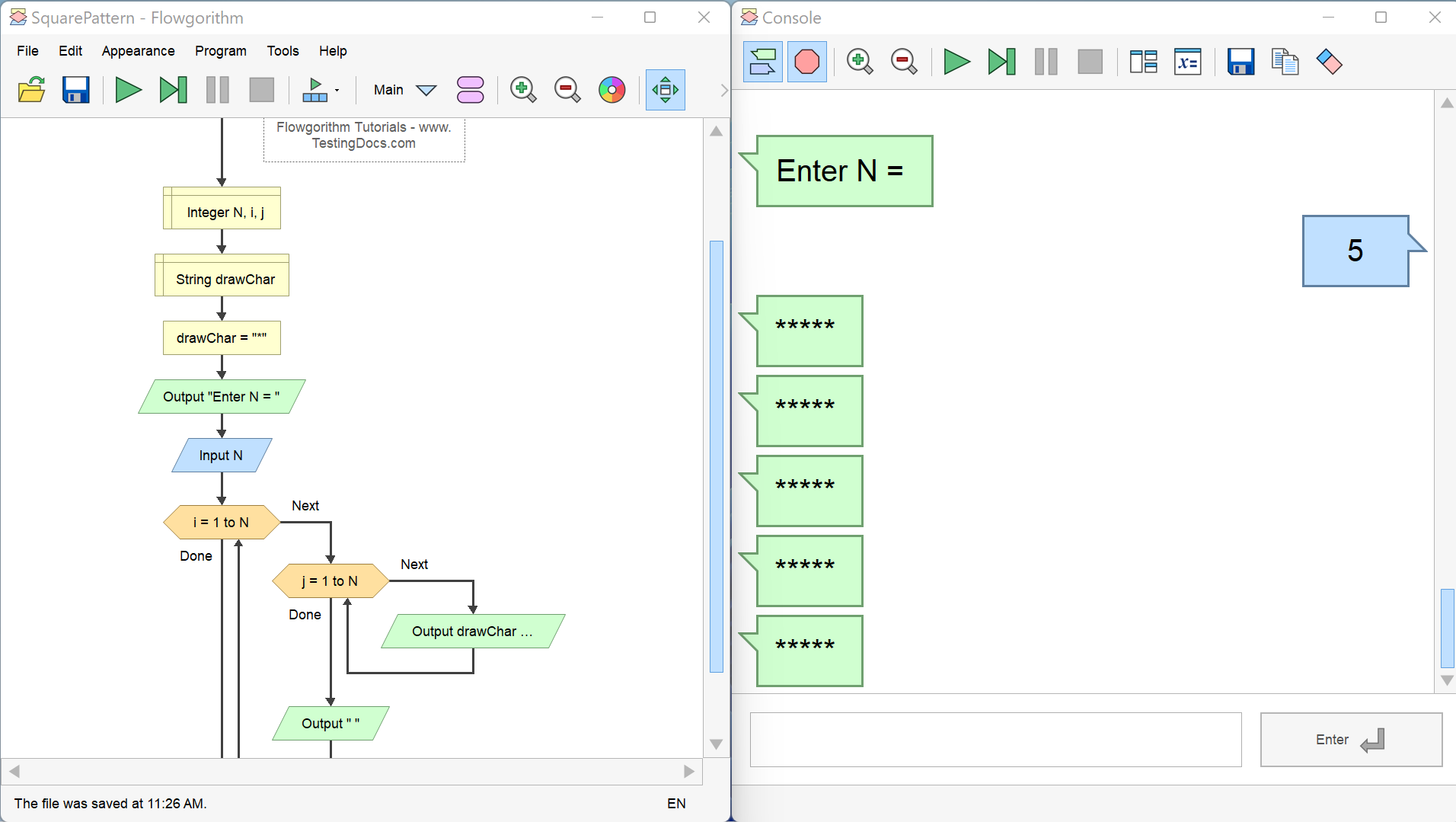 That’s it. We have successfully designed a flowchart to print the square pattern with * character.

Now that you have learned to print the square pattern. Modify or create a new flowchart to print a triangle pattern.

The Nth row of the pattern should print N * characters. 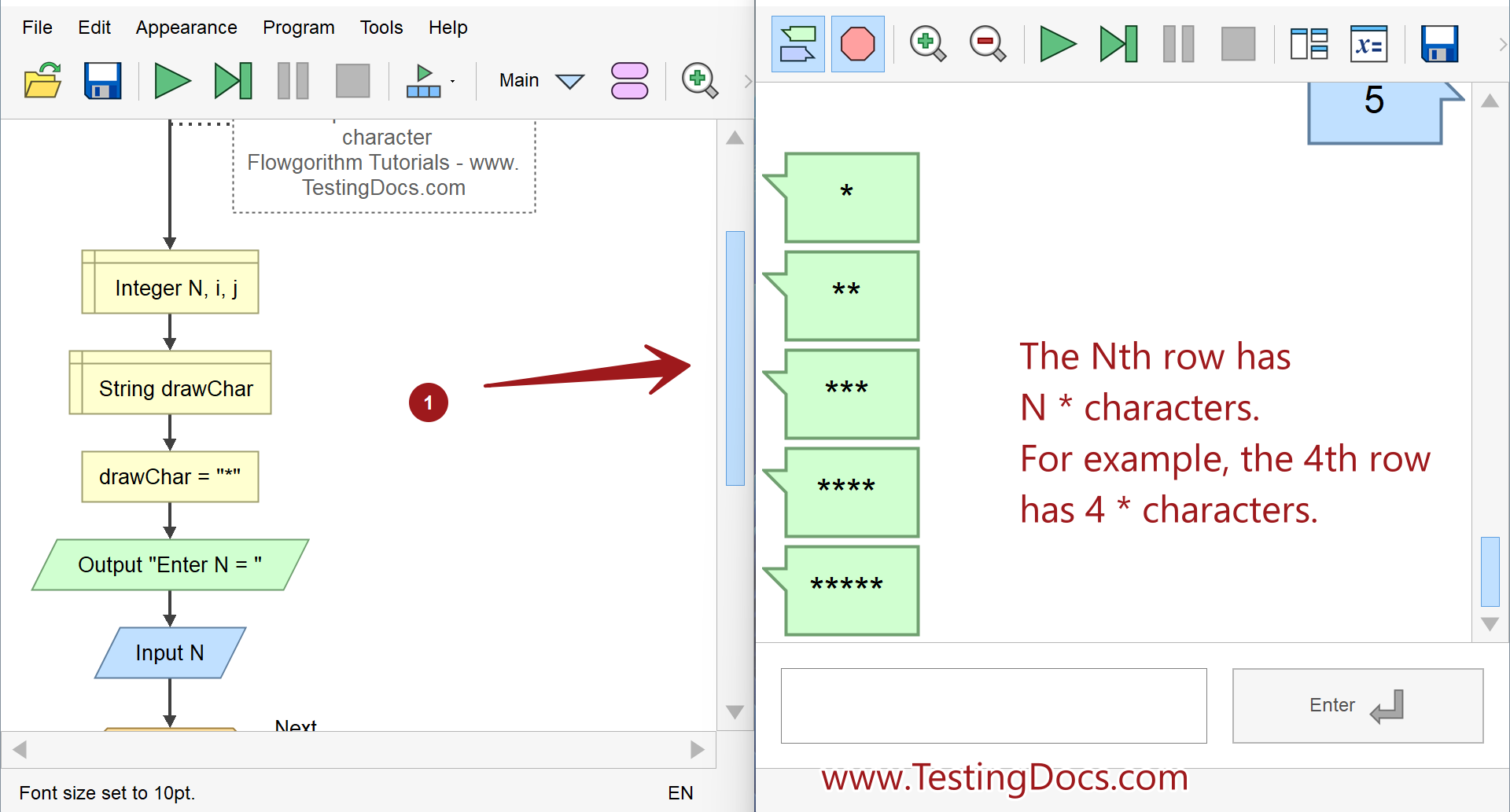 Print Triangle Pattern to a File

Flowgorithm 3.0 version supports File I/O symbols. Print the triangle pattern with * character to an output file, for example to an output.txt text file.

For more information on the Flowgorithm tool, please visit the official website at:   http://flowgorithm.org/