In this tutorial, we will learn about User-defined Functions in Flowgorithm flowcharts. Large flowchart logic can be broken down into small and simple manageable modules. These modules can be

The modules that are capable of returning values to the caller are known as functions. The main advantage of function is code reusability.

What is a Function?

A function is an independent piece of flowchart statements that performs a specific task for the caller when invoked.  For Example, the Main flowchart can define and invoke a Function named Add().

Flowgorithm flowchart has some in-built functions that we can invoke in the flowcharts directly. These functions are called Intrinsic functions or In-built Functions.

Click on the Add button to add a new Function. 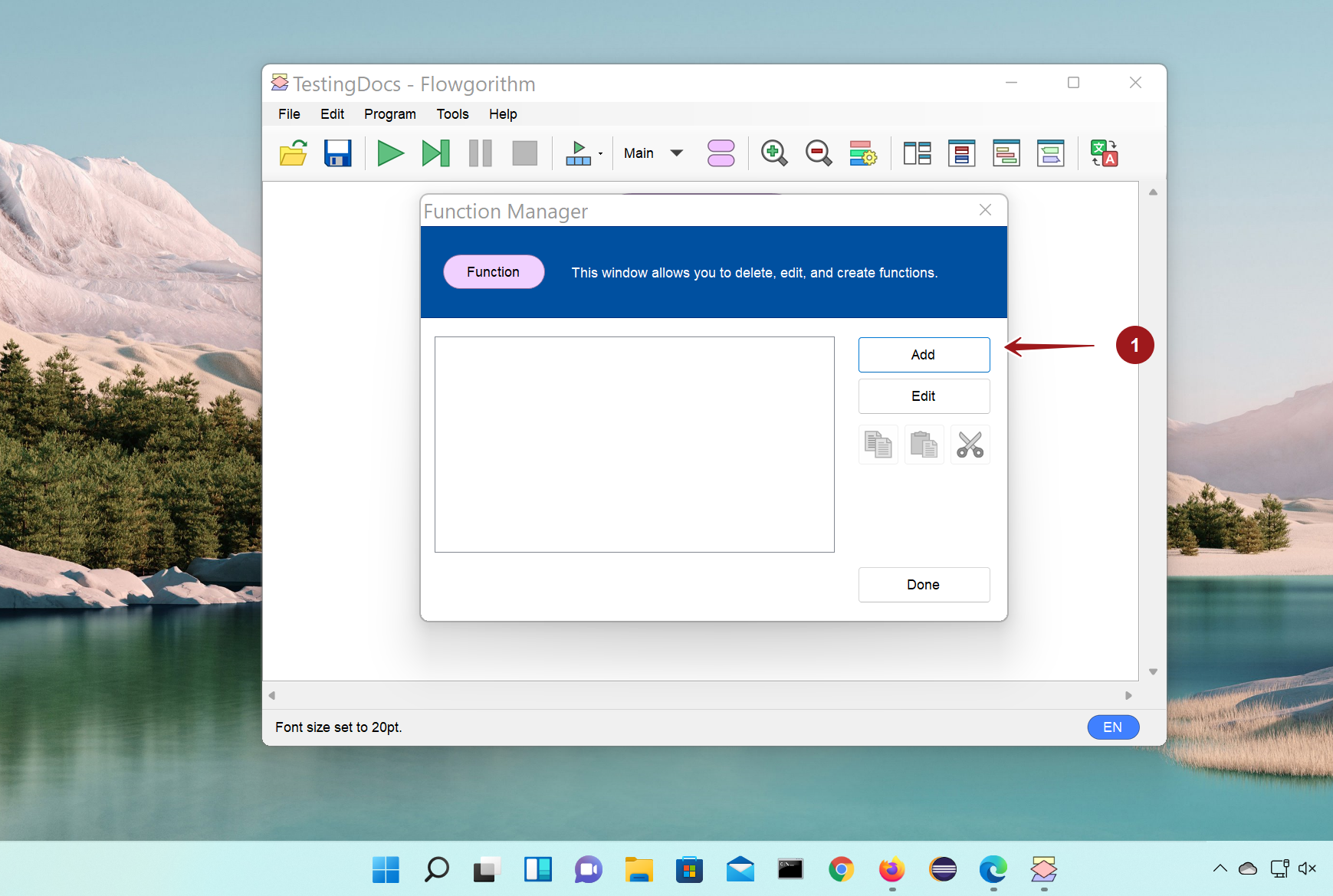 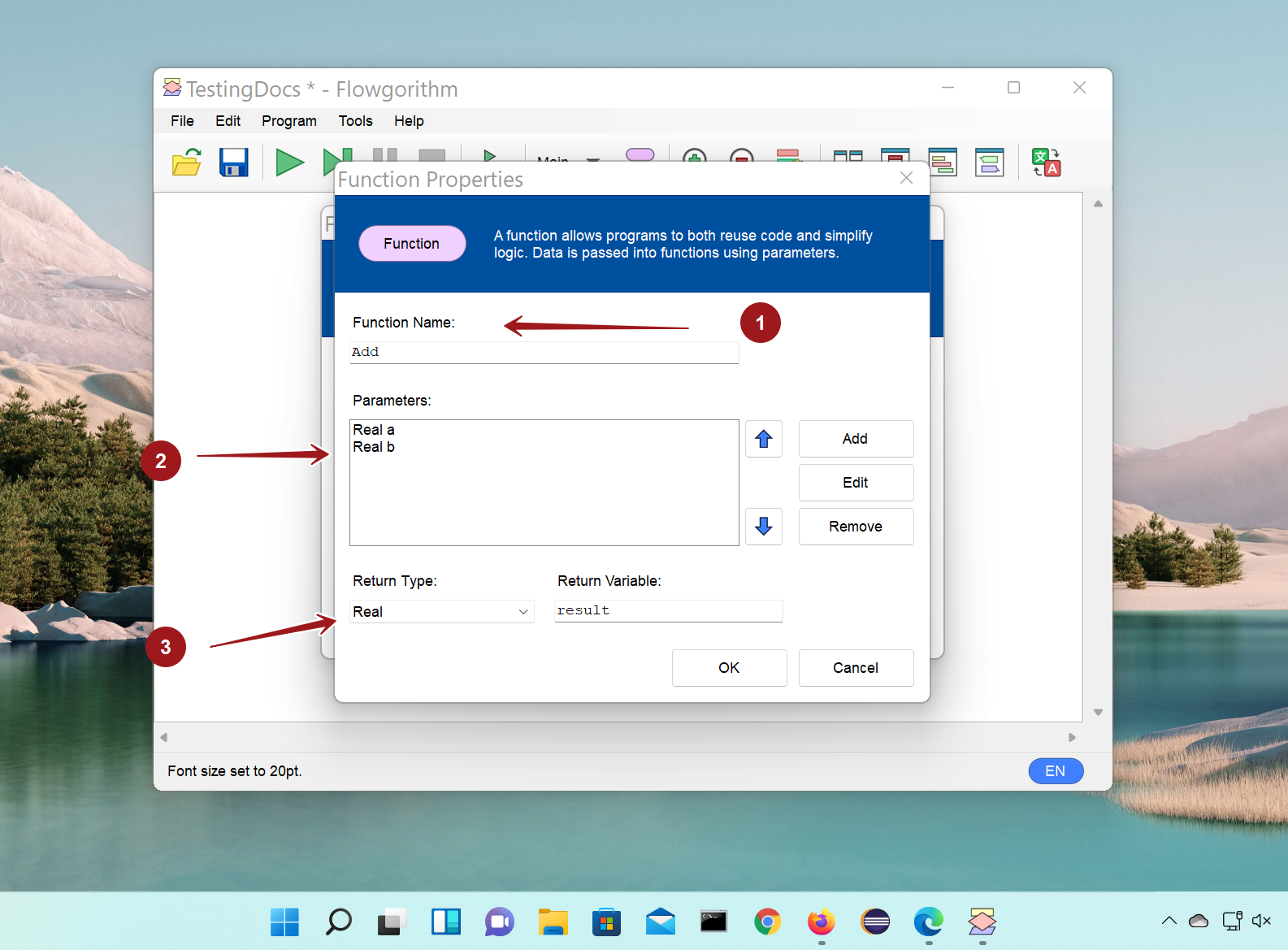