In this tutorial, we will learn how to declare variables in Octave with examples. We declare and use the variable name to assign the value and later use it in the script/function.

For example, if we try to use the variable x without defining it we get the following error: 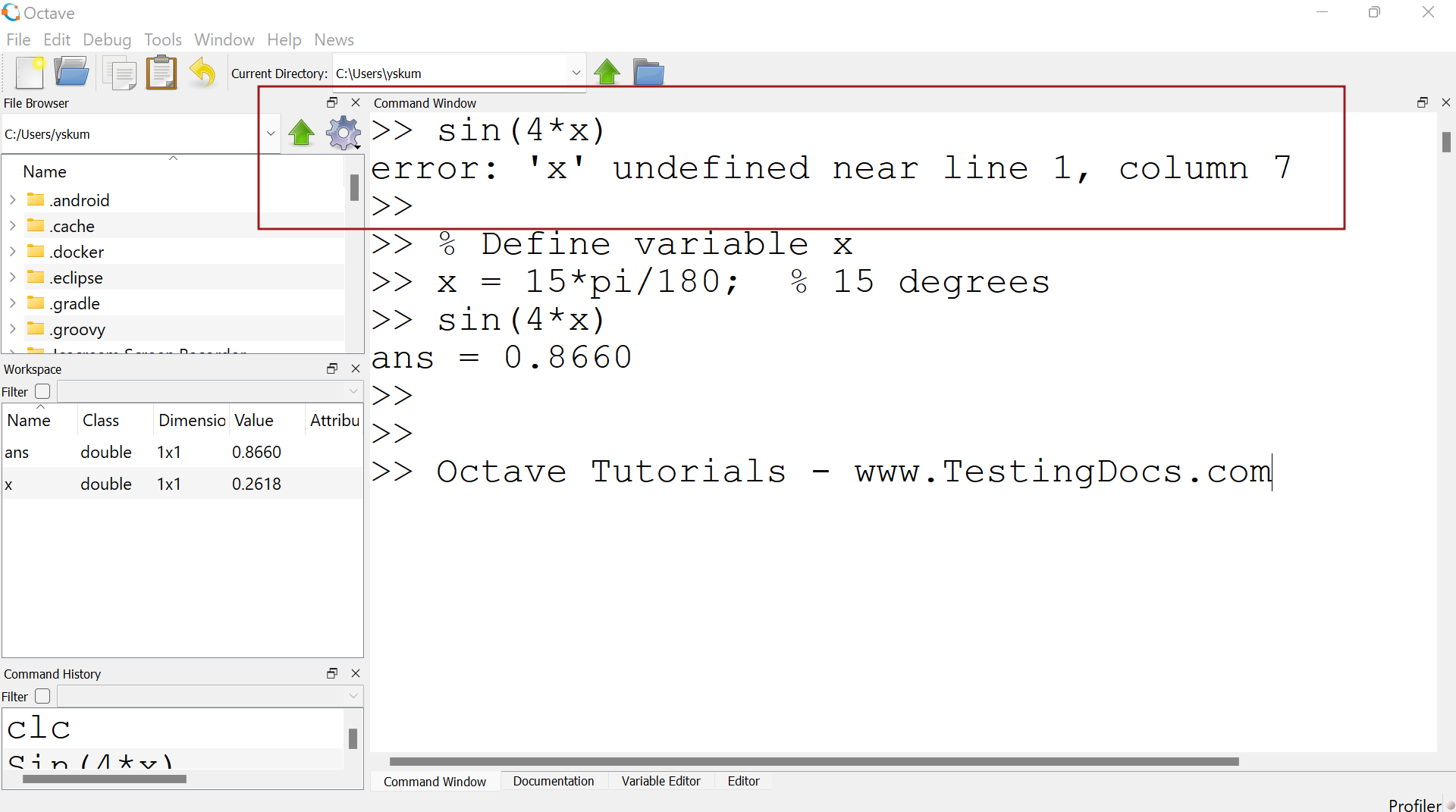 Let’s see some examples to declare and assign the value to the variable.

A scalar is a simple number or numeric variable. The size of the scalar variable will be 1×1.

For example, the variables x and X are not the same. 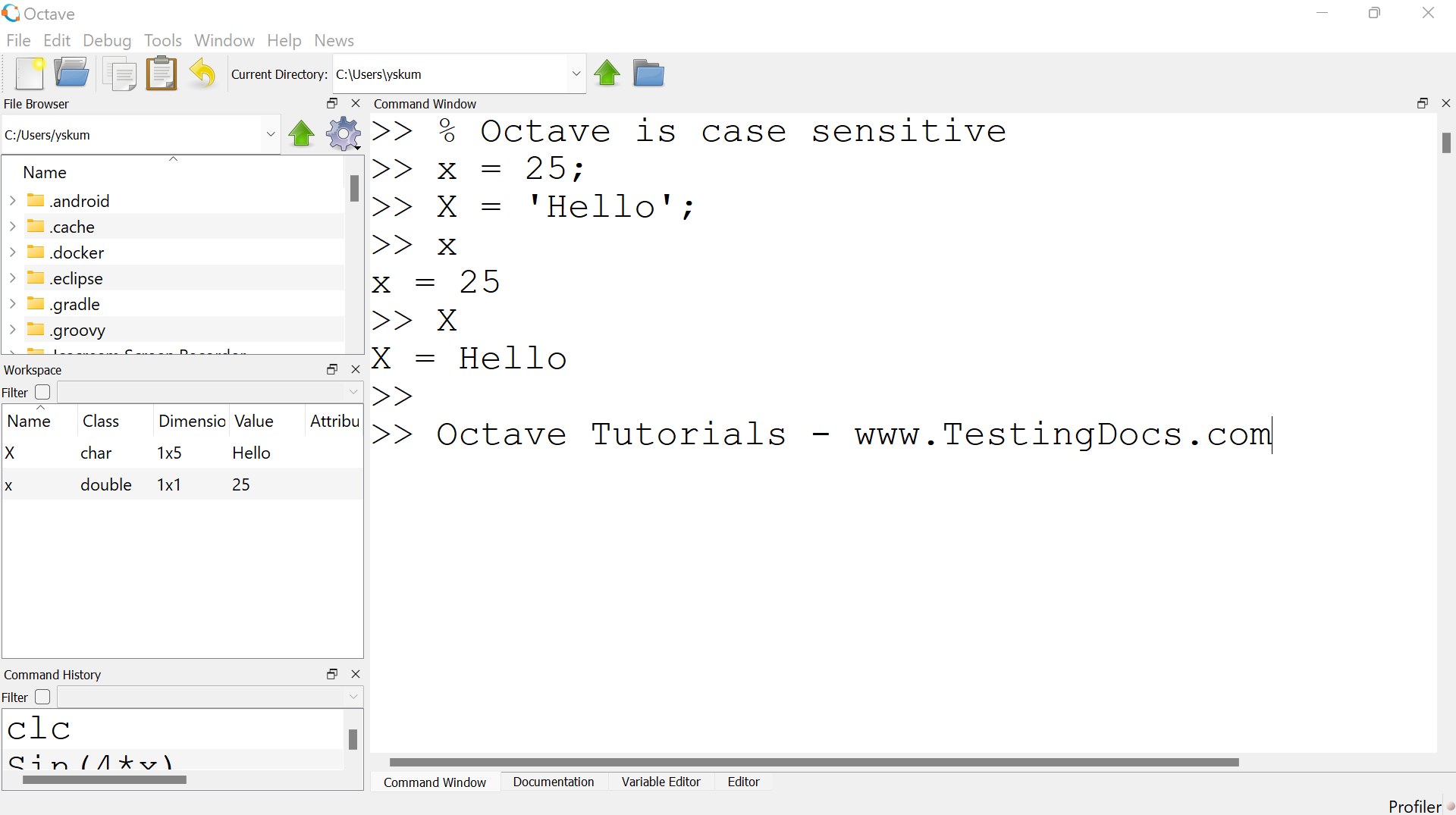 Assign a value of 10 to a variable called rate.

When we end the statement with a semicolon the command window, Octave will suppress the output display.

If the semicolon is not used then the output will be displayed by the Octave. The format would be:

We can declare the values inside square brackets and elements separated by commas.

For example, to declare and instantiate a row vector:

For example, to declare and instantiate a column vector:

A matrix has multiple rows and columns. The size of the matrix would be mxn ( m rows and n columns and m,n > 1)

We can declare the values inside square brackets and rows separated by a semi-colon. Each element in the row can be separated by space or comma(,)

In Octave, we can use some built-in constants. There is no need to declare and initialize these variables.

The pi constant is the ratio of the circumference of a circle to its diameter.

To know the variables defined in the current session:

Octave Tutorial on this website can be found at:
https://www.testingdocs.com/octave-tutorial/

More information on Octave can be found on the official website:
https://www.gnu.org/software/octave/index