Piping is the process of sending the output of one command to the input of another command. We use the pipe operator | to pipe the commands in Linux. Let’s see an example below of piping two commands in Linux.

to know more about ps command, we can use

However, let’s say we are interested in only the processes that run firefox we can pipe the ps output to a search command like grep . grep command is used to search for keywords. It searches for the pattern specified. There are several variations of this command like grep,fgrep, etc.  To know more or learn about the commands, type the below command

To use the pipe command, redirect the output of the ps command to the grep command as shown below: 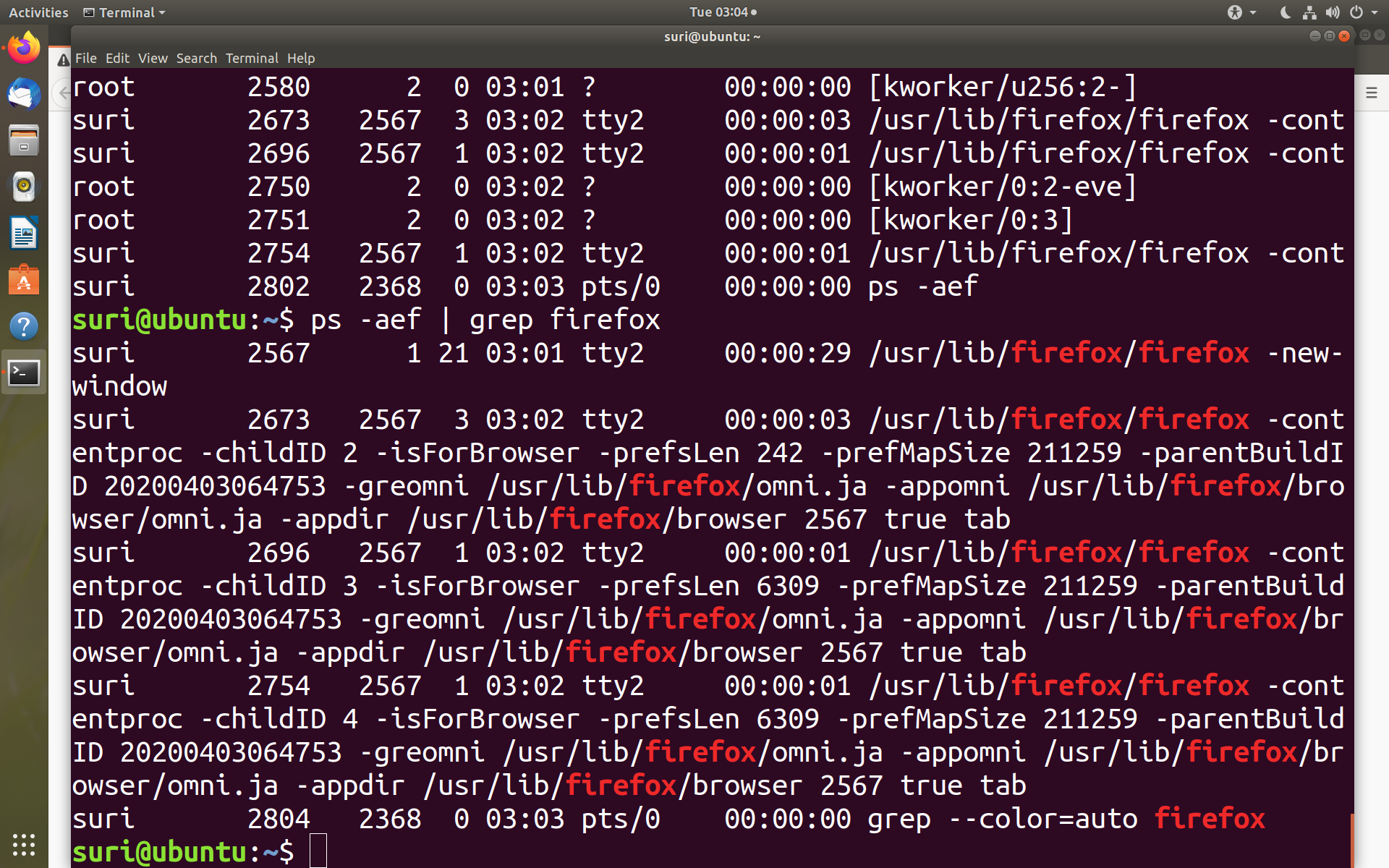 ‹ Linux basics for Testers & Beginners› Working with files in Linux