Working with files in Linux

In this tutorial, we will see common commands used in Linux while working with files. The most common operations are like viewing a file, editing a file, etc.

The basic command used to view a file in Linux is cat command. It is mostly used for concatenating files and print on the standard output. To know more about the cat command, use the below

The above command displays the file contents of the file updateddb.conf  on to the terminal. Other useful commands are head and tail.

the head command displays the first lines to the file from the beginning as specified in the parameter.

The parameter specifies the number of lines to output.

the tail command displays the last lines to the file from the bottom as specified in the parameter.

The parameter specifies the number of lines to output.

Example of using head and tail:

These commands are useful while working with application servers. To view boot logs, server logs.

The -f switch of the tail command is used to display the output as the file grows. For example log file of a server that is running.

To know more about the commands, we can use the man command. 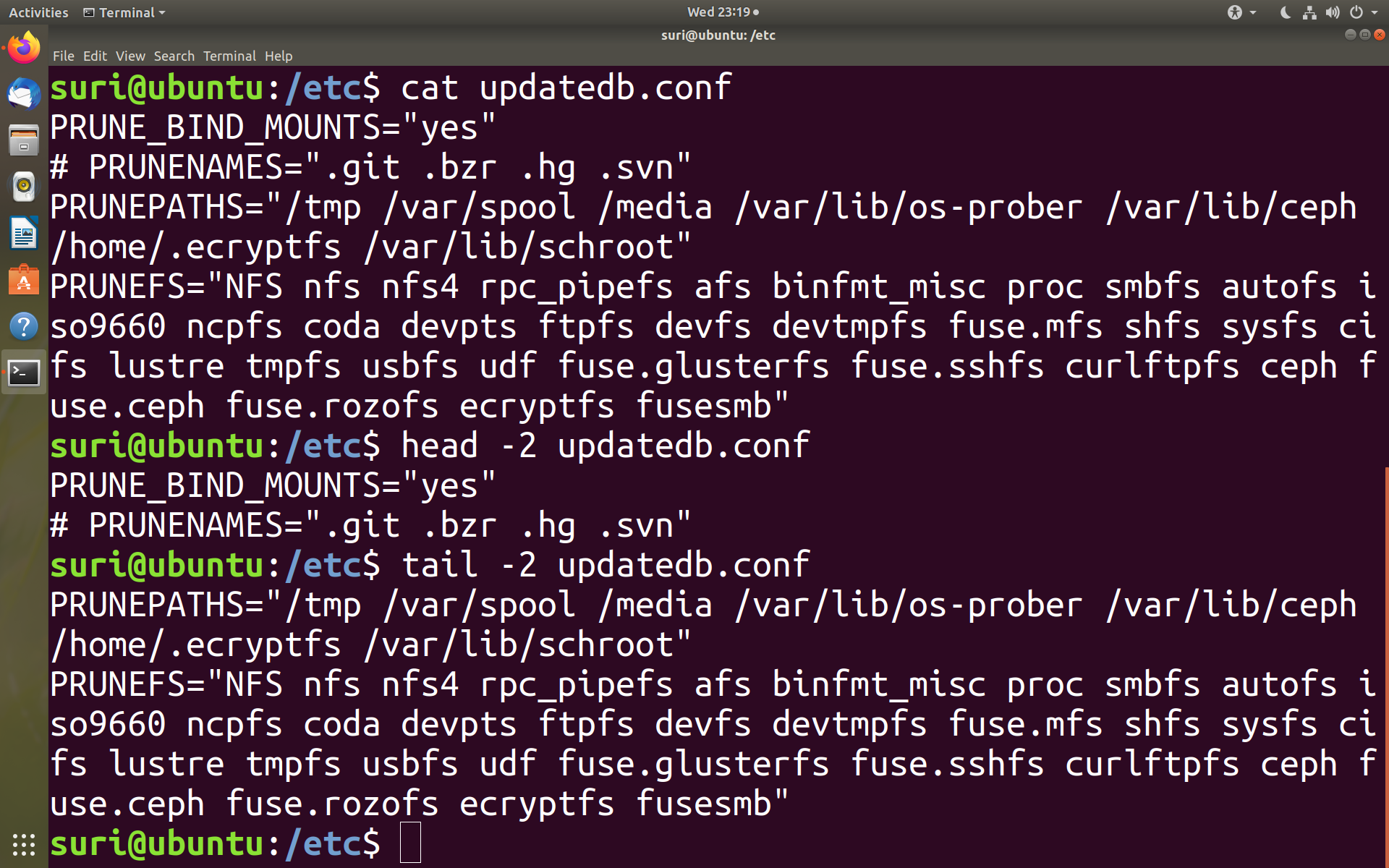 How to remove software from Ubuntu