The kernel is the heart of the OS. It is basically a program that is loaded into memory when the computer boots and controls the allocation of hardware resources moving forward. The kernel manages hardware resources availability ex. processor(s), the on-board memory, disk drives, etc and it has the necessary programs to talk to all the devices connected to it.

It isolates itself from the user programs. This makes programs independent of the hardware. Therefore, the UNIX system makes programs run on different machines. Furthermore, the kernel provides the File system, CPU scheduling, Memory management, etc via system calls. 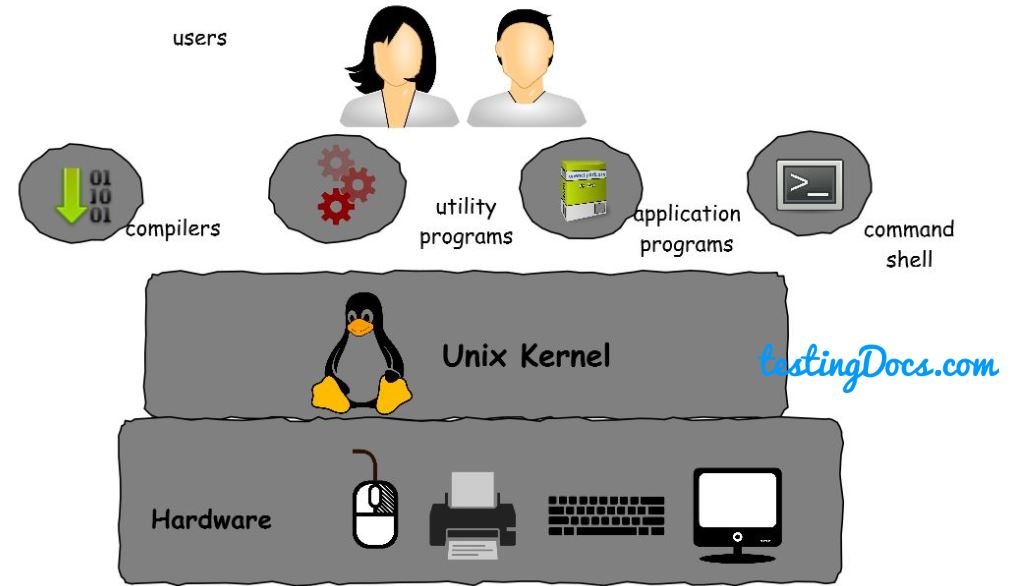 What is a system call?

A system call is a mechanism used by an application program to request service from an Operating System. OS contains sets of routines for performing various low-level operations.

What are pipes in UNIX?

Pipes are implemented in the file system. Their implementation allows processes to communicate even though they do not know what process are on the other end of the pipe. Also, pipes are basically files with only two file offsets.(one for reading, another for writing) . Furthermore, pipe operations strictly follow the FIFO manner. Pipe operations are writing to a pipe and reading from them. There are 2 types of pipes: Named and Unnamed.

Grep is one of the most useful UNIX commands. It is a command used to search the specified input globally for a match with the supplied pattern and displays it. We can even provide regular expressions to it.